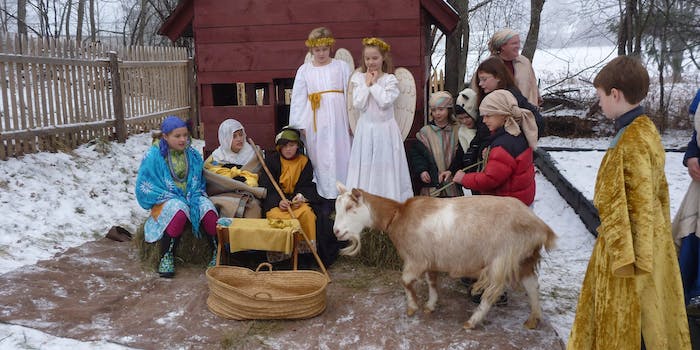 This goat doesn't care about the meaning of the season.

Adding real animals to your Christmas nativity scene may make it feel more authentic, but that scene can change in a bleating moment.

For the Preston Hollow Presbyterian Church in Dallas, the goat that it wrangled for its nativity scene didn’t want to stand still anymore as all eyes were on the people playing Mary and Joseph. Then it showed that it wasn’t kidding around, jumping into the basket that’s supposed to hold baby Jesus.

While a good argument for foregoing the small animal touches next year, it’s an even better argument for never using a real baby to play Jesus.