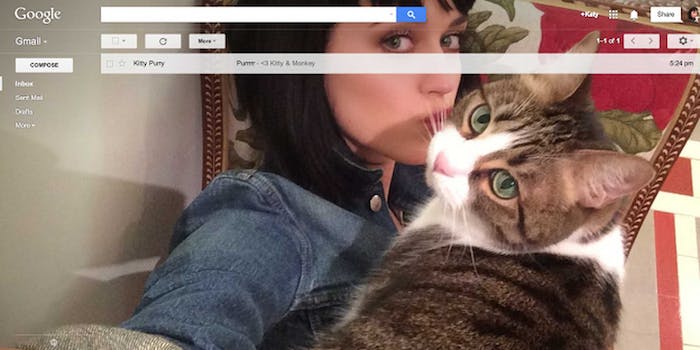 By the way, that’s not even a shelfie.

April Fool’s Day is mere hours away now, and if you can’t be the funniest, at least you can be first! Gmail users have started seeing this prompt hitting their inboxes: 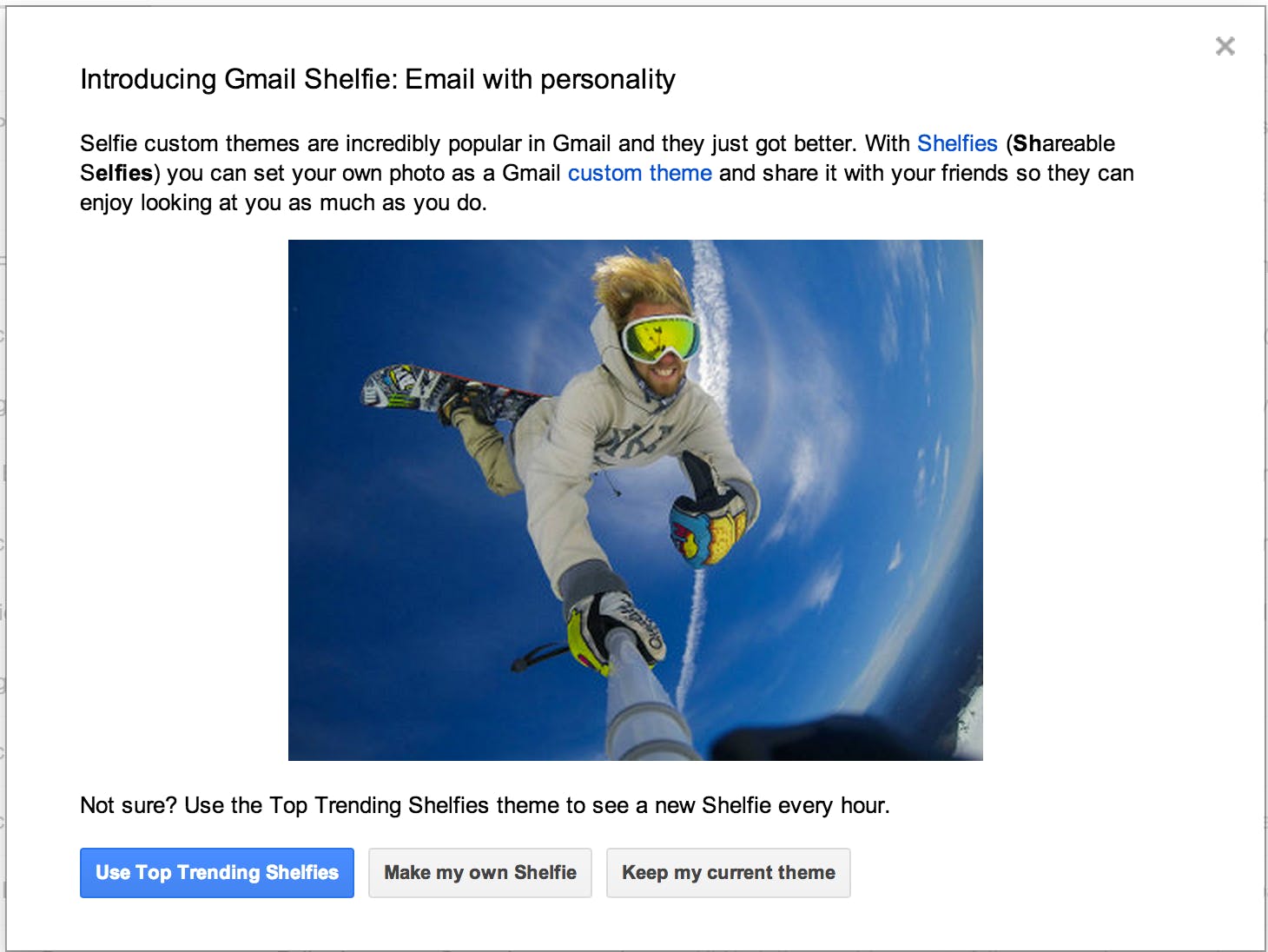 An introduction to Gmail Shelfies, a new service to bring users “shareable selfies,” or “shelfies,” as an option for our Gmail custom photo backgrounds. You can take your own, or choose top trending selfies… which is only this photo of a girl fake kissing her cat. That’s Katy Perry, right? I don’t know, I’m old.

“You all love setting selfies as your custom theme in Gmail, but you’ve told us there’s one major problem: there isn’t a way to share your selfie with others,” Google explains. “As the pioneering platform for selfies, Gmail is committed to being at the forefront of innovation in the selfie space. And we think it’s a tragedy that your handsome hair, luscious lashes, and beautiful brows have been trapped in your own inbox. Until now, that is.”

Reactions range from frustration with Google at trying to make “shelfie” happen, and frustration at Google for being early with the prank.

So anyway, Google Shelfie isn’t a thing, Google is very efficient, and tomorrow is April Fool’s Day so believe about half of the ridiculous launch crap you see on the Internet tomorrow.

Also, this is a shelfie: