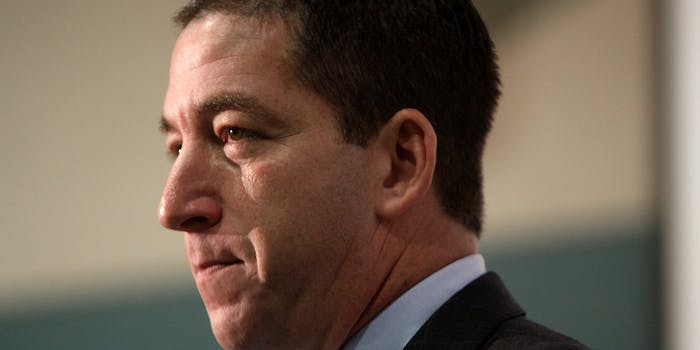 How will the U.S. government react?

Journalists Glenn Greenwald and Laura Poitras are returning to the United States for the first time since they first reported on the top-secret National Security Agency documents leaked by Edward Snowden some 10 months ago, the Huffington Post reports.

The pair will fly from Berlin to New York on Friday to accept the George Polk Award for national security reporting. They will share the award with the Guardian’s Ewen MacAskill and Barton Gellman of the Washington Post.

Greenwald, formerly of the Guardian, and Poitras have extensively reported on documents provided by Snowden and other sources relating to the surveillance and information apparatus of the NSA, GHCQ, and other governmental organizations that have carried out mass surveillance across the globe.

Senior officials within the U.S. government have repeatedly called for the arrest of Greenwald upon his return to the States.

Rep. Peter King (R–NY) called for Greenwald’s arrest last year during an appearance on Fox News, stating that “legal action should be taken against him.”

No right is absolute and even the press has certain restrictions. I think it should be very targeted, very selective and certainly a very rare exception, but in this case when you have someone who has disclosed secrets like this and threatens to release more … that to me is a direct attack against Americans. Obviously, freedom of the press has to be cherished in this country, but in this case where some people are glorifying Snowden, making him a hero and now acting as if Greenwald was acting as a legitimate journalist … It clearly violates U.S. code, which talks about releasing classified information.

Director of National Intelligence James Clapper referred to Greenwald, Poitras, and other journalists reporting on information obtained from Snowden as “accomplices” during a Senate Intelligence Committee hearing. House Intelligence Committee Chairman Mike Rogers (R-MI) and former NSA chief Gen. Keith Alexander have both intimated that Greenwald was “selling” stolen documents, while not providing information to back up the claim. (Greenwald has explicitly denied Snowden demanded payment for the documents.) During a hearing in February, Rogers asked FBI Director James Comey, “If I’m a newspaper reporter for fill-in-the-blank and I sell stolen material, is that legal because I’m a newspaper reporter?”

In an interview with the Huffington Post, Greenwald said the government has not informed his lawyers whether he could face any charges or indictments, or if Greenwald has been named in any grand jury investigations relating to the disclosures of classified documents, but not knowing what may happen won’t stop him from returning to the U.S.

“It’s just the principle that I shouldn’t allow those tactics to stop me from returning to my own country,” Greenwald said. Greenwald did admit that “certain factions in the U.S. government have deliberately intensified the threatening climate for journalists.”

Both Poitras, who lives in Berlin, and Greenwald, who resides in Rio De Janeiro, have had their own negative run ins with governments. The Department of Homeland SecurityPoitras has been detained over 40 times in her travels to and from the U.S. to questiont her about her whereabouts and whom she may have met with. Greenwald’s partner, David Miranda, was detained by U.K. officials for nine hours back in August so officials could interrogate him for “possible ties to terrorism,” under Schedule 7 of the U.K.’s Terrorism Act of 2000. Miranda is taking legal action against the British government.

It remains to be seen how the U.S. government will react with increased attention on the return of Greenwald and Poitras.