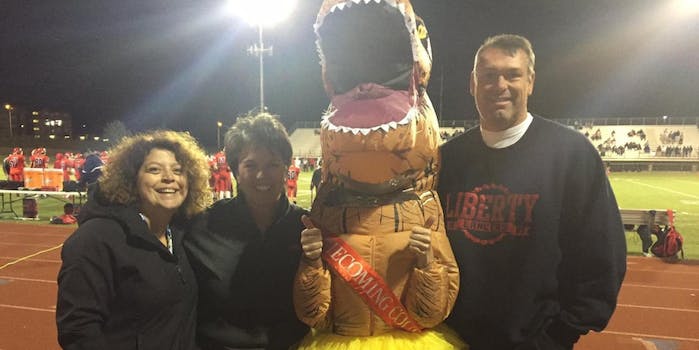 Quite an honor for this dino.

There might have been some fierce competition for the title of homecoming queen at Sarah MacDonald’s high school this year, but nobody could beat out her amazing T-rex costume.

Over the weekend in Colorado, MacDonald showed up to the homecoming game in one of those familiar inflatable dinosaur get-ups. She dressed up the carnivore in a cute yellow tutu, which looked great with her sash.

As if winning the crown wasn’t enough, wearing the costume also made for a great photo opp. Just check out how MacDonald stands out from the rest of her peers in this group picture.

It’s unclear whether the homecoming king was also an overgrown lizard.