Liz Hammett, a grown woman, has made a hobby out of pranking her poor, long-suffering mother over text messages and in real life. When her mom gets heated and sends Liz angry texts about how she’s a “rotten kid,” Liz saves them for the Internet’s enjoyment. Two dozen pranks later, their dysfunctional relationship is an viral sensation.

It all started the day Liz’s mom (sort of) learned how to text. 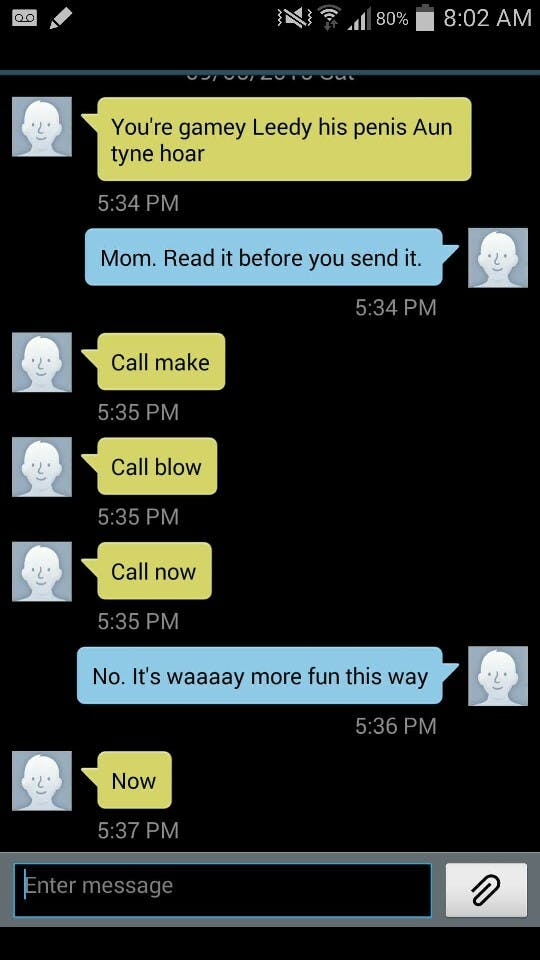 Sensing that her mom was about to produce some classic #content, Liz started intentionally provoking her. First, with the tried-and-true prank of messing with someone’s autocorrect settings: 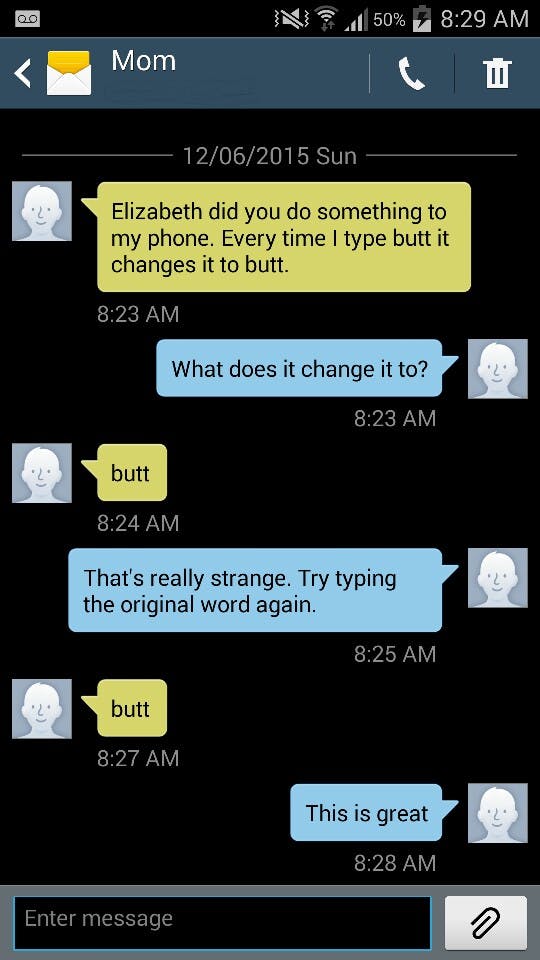 I don’t know what the original word was, and for the purposes of the joke, it really doesn’t matter.

Then there’s this old saw, which shouldn’t ever work, but somehow gets ’em every time: 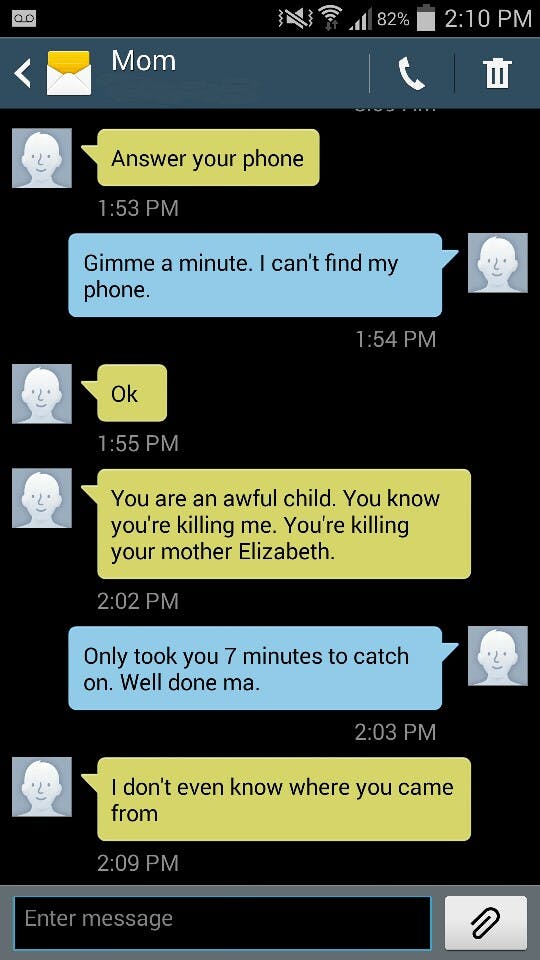 From there, Liz moved on to physical pranks at her mom’s home. Don’t answer your door? I’ll steal your wreath. 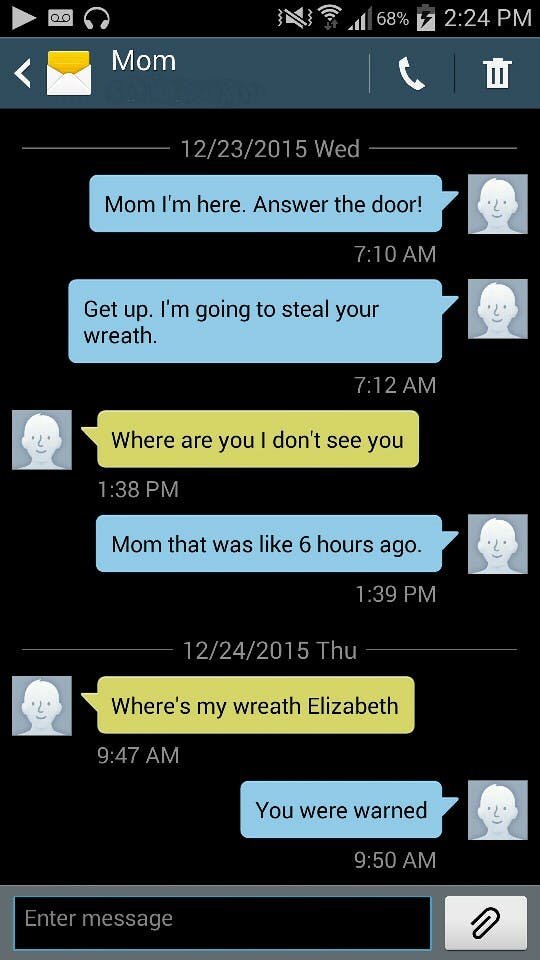 Or all of your silverware: 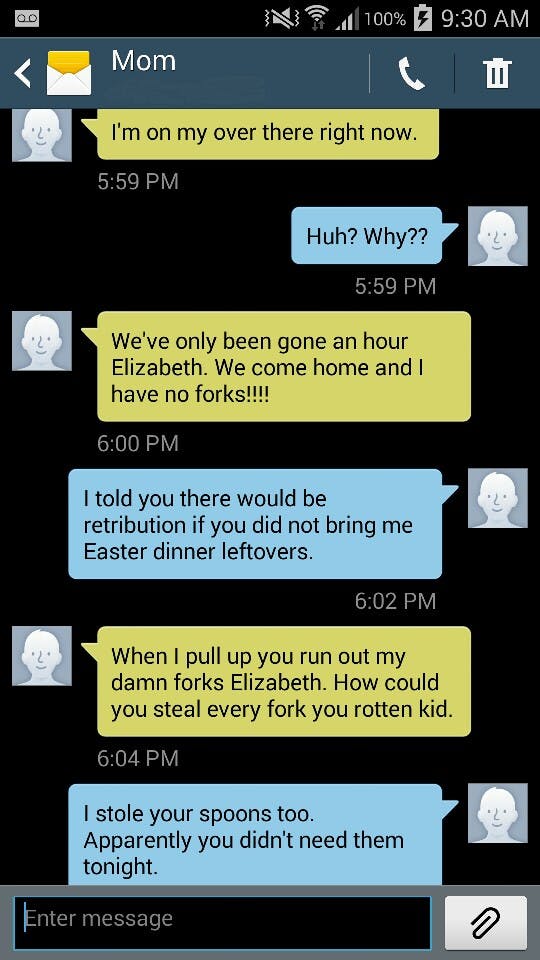 Or your garden gnomes: 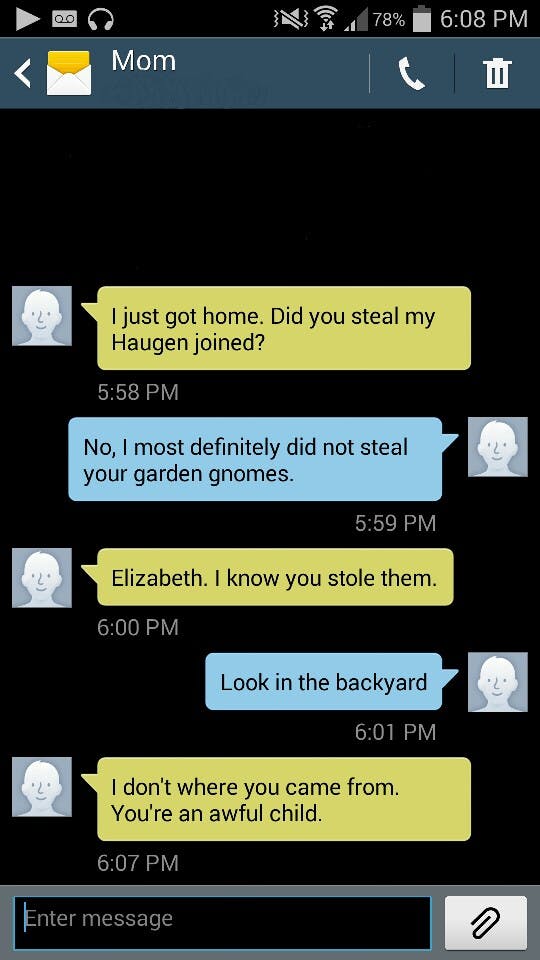 You can’t say Liz’s mom gave as good as she got, but she certainly did try. Here she is pulling a pretty good prank on her “awful child”: 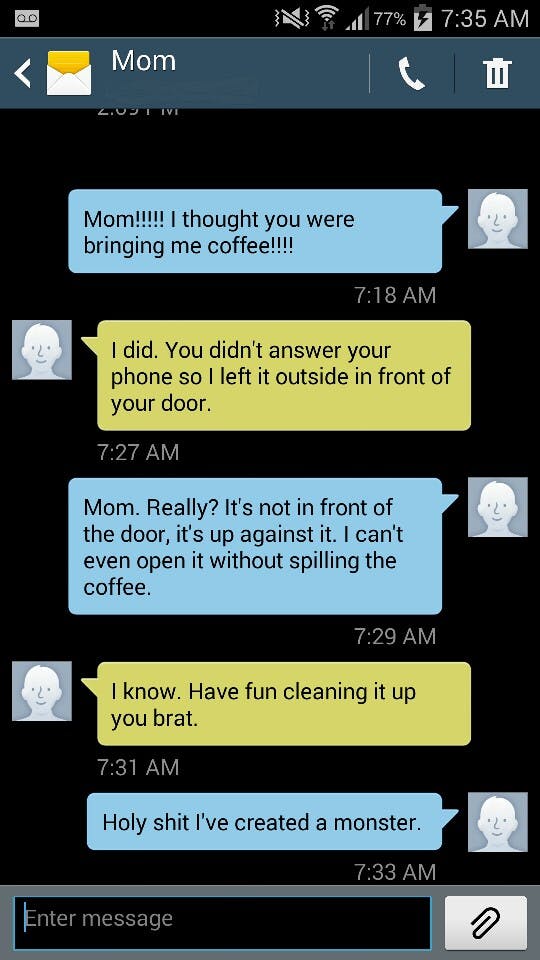 After goading her mom with so many shenanigans, Liz really should have seen that coming.

And now that all of these texts are on Facebook, heading toward one million views, she should probably sleep with one eye open. Her mom is going to lose it.