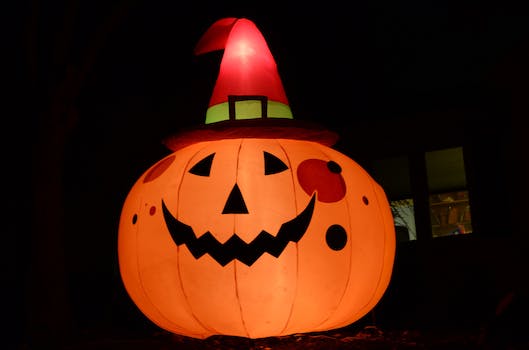 We'll see this in our nightmares from now until the end of time.

You might be terrified by the Red Devil or Freddy Krueger, but there’s a new big bad in town: a 25-foot-tall, 350-pound inflatable jack-o’-lantern.

The giant gourd haunted the people of Peoria, Arizona, after it broke free from a Halloween display advertising the Peoria Monster Bash due to strong winds (or perhaps a witch casting strong winds).

The monstrosity tumbled through multiple lanes of traffic and business parking lots before getting stuck in a neighborhood park.

This isn’t the first time an inflatable giant has cast its ghoulish shadow over innocent people. In August, a massive inflatable Minion wreaked havoc in Ireland.