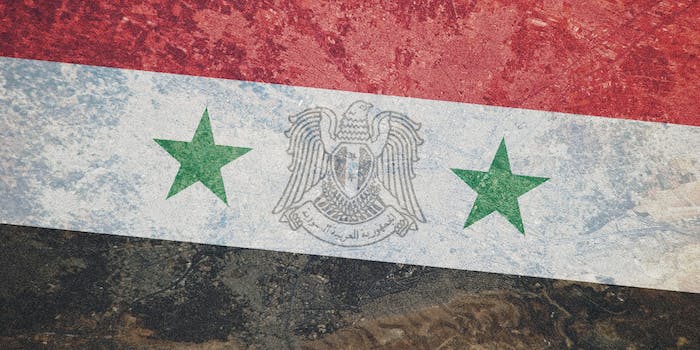 Border politics aren't all they seem.

This was a scene that hadn’t been seen on the Austro-German border for at least 18 years, when the Schengen Agreement—the European Union convention which abolished internal border controls between its member states—was finally enacted in the neighboring country. And the move introduced a new stage to the so-called refugee crisis.

The first batch of Syrian refugees were aghast when they were picked up by police officers, as the news of Germany’s policy change hadn’t crossed the border yet. When they left for Germany, they imagined it would be the country they were once told about—a country that welcomes you with Arabic-language welcome boards, applause, and a bag of pretzels. Hours later, reports emerged of refugees bursting into tears in Hungary after hearing about German chancellor Angela Merkel’s decision. A happy end to their perilous journeys seemed to have slipped through their worn-out hands.

Indeed, de Mazière’s announcement marked an end to Germany’s short-lived “Willkommenskultur,” Germany’s much-debated “open arms policy.” Merkel, who was, until then, celebrated as a savior by many Syrians, retreated from discussing the so-called refugee crisis in public. Border controls were installed and railway services from Austria to Germany temporarily cancelled. Tens of thousands of refugees were suddenly stranded in Austria, a country most had no intention of staying in—and Austria had no intention of keeping. It was an abrupt, bitter, and yet predictable end.

Although Germany officially claims to have been forced to put a stop to the flow of refugees arriving at its borders to better manage the refugee registration inside the country, it also used the move for political leverage. Merkel’s government has strategized its border politics in order to enforce a fairer system of distribution of refugees across the European Union.

That same weekend the announcement was made, 19,000 refugees had crossed into Germany and more than 20,000 the weekend before. The refugee arrival rate in Bavaria swung between 1,400 to 2,000 every day.

Neither the war in Syria, the dictatorship in Eritrea, the instability of Somalia, or insecurity of Afghanistan are particularly new headlines in our evening news, let alone free of German involvement.

Last week, Munich declared that its improvised refugee infrastructure was close to collapsing. So far, it’s survived only with the help of thousands of unpaid volunteers. This was both a sign of widespread solidarity as well as failure of state to provide basic necessities. By that time, hundreds of thousands of refugees had already reached Germany through its southern gateway. Hundreds of thousands more were still on their way. Germany has now inflated its number of expected refugees this year to one million (of whom many face fast-track deportations).

Meanwhile, Germany’s bureaucracy remained inflexible, understaffed, overwhelmed, and incompetent. The registration process refugees have to undergo before being allocated to asylum camps across Germany often came to a standstill. Thousands were left stranded without allocation—de-facto homeless and forced to sleep in the open, even in Berlin. The government was overwhelmed, despite that it could have predicted the challenges it is today facing. Neither the war in Syria, the dictatorship in Eritrea, the instability of Somalia, or insecurity of Afghanistan are particularly new headlines, let alone free of German involvement.

The German Ministry for the Interior, however, responded too little too late to the large-scale arrival of refugees. Prior to Germany’s sudden U-turn two weeks ago, Germany was in fact far from being a refugee welcoming country. Like most other western and northern European countries, it preferred outsourcing the issue to the EU’s southern borders while ignoring Italy’s and Greece’s pleas for fairer distributions. Now that Germany is at the core of the debate, it is pleading to other European governments for fairer distributions.

As Germany’s border closure effectively creates a bottleneck, it shifts the issue further southeast-bound. It thereby reroutes the crisis back from what Hungary’s right-wing Prime Minister Viktor Orbán called a ‘German problem’ to become a European one. As far as the argument goes, it will force other European governments to act to save the so-called “European idea,” symbolically represented by the European Union. The Austro-German border controls were thus introduced the night before an important EU interior ministers’ meeting focused on the crisis.

It pointedly illustrates that this so-called “crisis” is a product of biopolitical management by governments, rather than natural forces. It could be prevented if the political will existed.

The border closure also coincides with the beginning of this year’s Munich’s Oktoberfest, one of Germany’s prime tourist attractions. Bavaria’s government was insistent that the number of refugees will hinder the conduct of the fest. Some politicians were also concerned that the fest would need to have to be cancelled all together. All the while, Bavaria’s Prime Minister, Horst Seehofer, expressed his concerns about Muslim refugees not being accustomed and compatible to the fest’s beer culture. It was his way of saying he wants to get rid of the mass of primarily Muslim refugees.

Germany’s decision, then, is not hindering refugees from reaching the country. It’s simply slowing down the pace of arrival.

Germany is far from the exception when it comes to its treatment of refugees. The government’s controversial decision to suspend Schengen follows the border politics of Britain, Hungary, and most recently Denmark. Prior to the crisis, in 2011, the German government reprimanded the right-wing Danish government when it threatened to reinstate border controls. Merkel now stands at odds with her assumed moral leadership amongst European leaders. Her government’s decision opened a can of worms in the form of other governments announcing to follow suit with Germany and closing off further pathways for refugees seeking sanctuary.

All the while, kilometers-long traffic jams were caused by Germany’s new border patrols. But refugees still keep on arriving. The border might be patrolled, but it is not closed. Train services between Austria and Germany have also resumed again. Refugees are still on board many of the trains departing from Vienna and Salzburg. When they are finally stopped by German police officers, they are already several kilometers within the country’s sovereign territory.

Germany’s decision, then, is not hindering refugees from reaching the country. It’s simply slowing down the pace of arrival. Though the official order is to return any illegal trespasser who isn’t claiming asylum, the policy is currently not practiced at the border. The refugees are instead taken by police officers in vans for registrations at local asylum camps. They have arrived.

However, an important aspect that has been fully ignored in this debate so far is the question of how police practices are informed and affected by this so-called crisis. When German police officers today search for refugees, who are primarily people of color, their search is based upon a specific non-white racial profile. Such practices have been commonplace across Germany prior to this so-called crisis.

While they may be controversial elsewhere, they have been regularly defended by officers and union representatives in Germany in their quest to stifle criminality. Racialized bodies are in Germany, thus, constantly under suspicion and subject to informal and formal policing.

With new border controls in place now, racial profiling will unfortunately become further normalized. Today, German police officers are able to openly and unabashedly stop anyone who isn’t white on the premise that a brown body must be an undocumented body, which could happen both at Germany’s external borders—as well as inside the country.

For people of color in Europe, those borders never ceased to exist.

Sinthujan Varatharajah is a PhD student in Political Geography at University College London, University of London. His research focuses on spaces of asylum in Germany and refugee resistance.