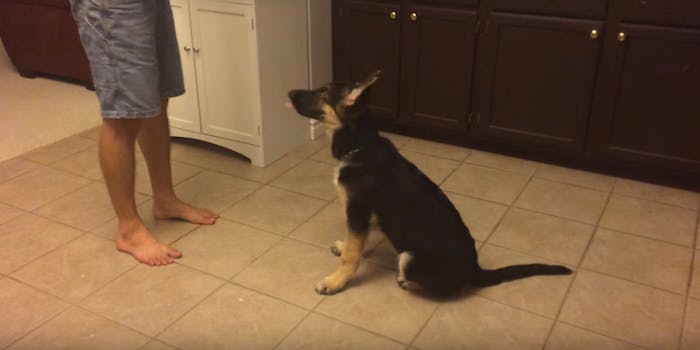 German shepherd puppy has mastered the art of playing dead

This dog aims to please.

Eddie the German shepherd is one year old now, but when he was in the midst of his grand puppy days, he could easily perform the tricks that his owner threw at him. And when his owner wanted him to play dead—adding a finger gun for good measure—he did it.

Not only did he nail it, but he added some dramatic flair for even more of an effect. Now that’s a good dog.