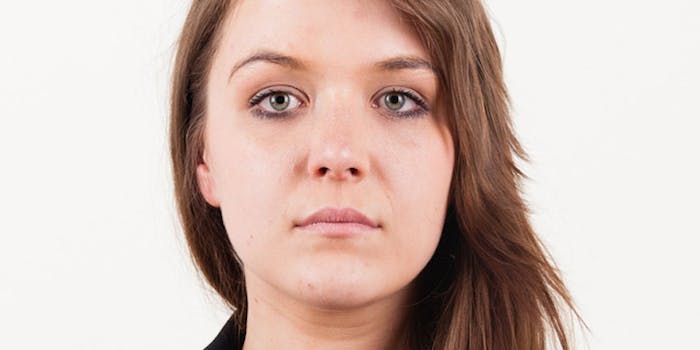 Critics suggest Julia Schramm is using the tactics she writes against to sell her book.

The German Pirate Party runs on a platform that advocates and encourages free sharing of files on the Internet, but a prominent board member backtracked on some of those views when it came to her own intellectual property, the Atlantic Wire reported.

Julia Schramm, who once called the very idea of intellectual property and copyright “disgusting,” is putting a stop to any illegal pirating of her new book, Click Me: Confessions of an Internet exhibitionist, which was officially released on Monday.

Schramm’s book was posted as a PDF file and uploaded to Dropbox last week. The files were passed around on Twitter and Tumblr (along with information on the Pirate Party’s platforms) before they were taken down under the Digital Millennium Copyright Act (DMCA), according to Global Post. Most of the files had been removed by Monday evening and anyone trying to download Schramm’s new book was met with the following message:

“This file is no longer available due to a takedown request under the Digital Millennium Copyright Act by Julia Schramm Autorin der Verlagsgruppe Random House.”

Der Spiegel reported that Schramm received an advance of more than €100,000 (approximately $131,000) for Click Me, and critics are quick to point out the irony that Schramm is using the very views she wrote against to sell her book.

Schramm initially defended her decision to have her book published but later came to the conclusion that it might not have been the best one.

“In retrospect, of course, I could have negotiated more aggressively with the publisher on some aspects,” Schramm told Welt. She also noted that the text on her website was still free to read and planned to make her book free when the current copyright runs out.

The German Pirate Party have recently become a larger presence in German politics; they took six seats in the Schleswig-Holstein Regional Parliament in May.