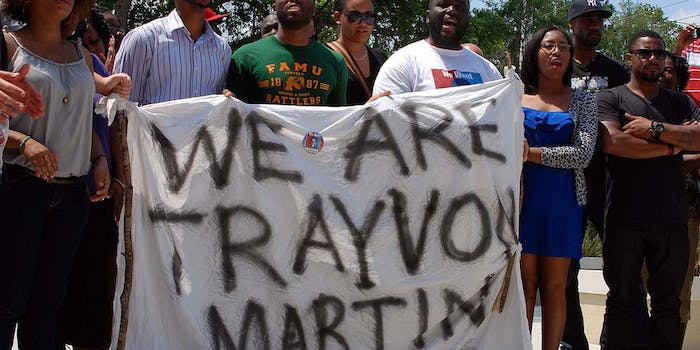 Race has defined public dialog of the Trayvon Martin case. Now the federal government may weigh-in.

George Zimmerman—the man who was arrested for shooting an unarmed teenager, Trayvon Martin, in what Zimmerman claims was self-defense, then brought to trial only after an Internet outcry—might be charged with a hate crime.

According to WFTV in Orlando, the FBI is investigating the possibility that Zimmerman’s alleged crime was racially motivated and is specifically questioning witnesses to that end.

Race has been a defining theme of this case from the start: many believe the only reason it took police to long to arrest Zimmerman is because Martin was black. Others have focused on Zimmerman’s race, and whether he should be defined as white.

On that same page, Zimmerman writes a rant against “Mexicans.” It’s unknown if that page will be used in the courtroom, though Zimmerman’s legal team did try to delete Zimmerman’s social media presence.

To convict him of a hate crime, the FBI must prove that Martin’s race was a determining factor in Zimmerman’s decision to pull the trigger. Though Zimmerman’s currently facing a 2nd-degree murder charge, he could face the death penalty if convicted of a hate crime.