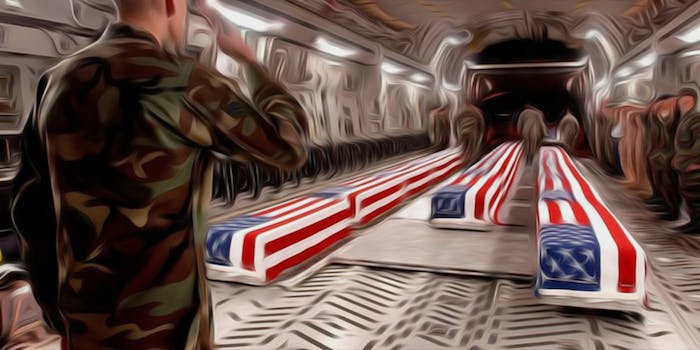 The danger of thinking George W. Bush is ‘just like us’

America's hottest new painter is also the former president of the United States.

There’s a hot new painter out who made waves last week when he unveiled a series of portraits in Dallas. Although he’s new to the art world, he’s already known on an international level. His work has been described as everything from “triumphant” and “risky” to “lame” and “damaging.” And those critiques don’t even include his portraits.

By the way, it’s probably worth mentioning that this artist is also a former President of the United States.

Yes, it’s true, America’s 43rd president, George W. Bush, has taken to painting. The George W. Bush Presidential Center (his memorial library) in Dallas unveiled a series of portraits entitled “The Art of Leadership: A President’s Personal Diplomacy” last week, which depicted Bush’s take on other world leaders he met and spent time with during his tenure in the White House.

What Bush did in office sickens the stomach, but there’s no hint of those horrors as you walk through the exhibit. In almost all the photographs that accompany the paintings, Bush is laughing and joking with his now-subjects. That’s what he likes to do: laugh and joke. He sees these leaders as his club mates. That’s a little startling after his black-and-white bombast in office — “you are either with us or against us,” he infamously told the world — but same as just about any politician, Bush wants to be liked.

Although it’s unclear whether Bush’s paintings will actually help people to like him any more than they did before, the disconnect between what the paintings say and what Bush’s actions during his presidency said are worth taking note of. Bush freely admits, “I’m not a great artist.” This makes it easier to look at his work as surface level efforts done just for fun, without any larger intent behind them.

However, when someone as important in modern history as George W. Bush decides to take up a hobby like painting, it’s obviously going to be hard not to look for more in that decision.

But Bush isn’t the first world leader to pick up a brush, and the Salon piece on his portraits touches on the difficulty of reconciling the artwork of powerful men with how the public sees them.

What separates Bush, however, from these other world leaders, is that he’s living in the age of the Internet. And the Internet not only feeds on this kind of surreal story, it also thirsts for absurdity, and there’s plenty of that in Bush’s paintings as well.

Last year, BuzzFeed put out a list called “15 Reasons George W. Bush Should Come Work For BuzzFeed Animals,” based off Bush’s many paintings of dogs. It referred heavily to Bush’s love for his adorable Scottish Terrier, Barney, who was also a subject in his paintings, and in many other candid photos from his time in the White House. The inherent comedy here is yet another thing that adds to the contrast between Bush’s time on the world stage and his actions since leaving office.

Jon Stewart recently aired a segment on Bush’s artwork, characterizing it as having little to do with his Presidency. At one point, he cuts to a clip of a critic who was “sure he would hate” Bush’s portraits but was struck by how, “innocent, sincere, earnest, almost childlike” they were. Stewart goes on to say that these adjectives could’ve been Bush’s campaign slogan.

Herein lies one of the biggest problems with Bush’s paintings, his presidency, and our perception of both. Bush has always been relatable. He’s the guy Americans (ironically) want to have a beer with. He even loves animals.

And his sincerity and earnestness made people think he was just like them. That’s in part why he got elected—twice—especially considering he was up against the comparatively icy Al Gore and John Kerry, respectively. Maybe even in his penchant for screwing up, we recognize some of ourselves.

But is that really what we want from an ex-president? Regardless of whether you see more in Bush’s paintings or not, the truth is that they don’t really matter. It’s easy to view his artwork as just another part of his relatability, and to maybe even be a little encouraged to forgive him some of his mistakes because, hey, he’s just like us.

But George W. Bush is not just like us, when it comes right down to it. He was the leader of the free world—and a pretty bad one at that.

Jon Stewart’s segment on Bush’s paintings was preceded by one on Dick Cheney and Donald Rumsfeld’s concurrent return to the spotlight. While it’s always easier to think of Cheney and Rumsfeld as the true villains of post 9/11 America, it’s important that we don’t forget about the sincere, dog-painting man whose administration they worked under.