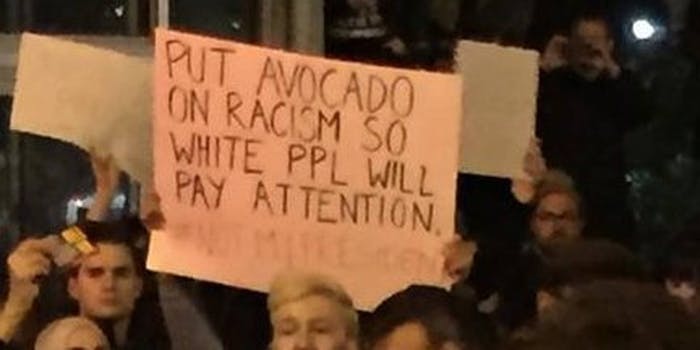 The election of Donald Trump has brought the topic of racism to the forefront once more because, as we all know, one of President Obama’s first victories as president was ending racism. And yet here we are with a bigoted white president. How the fuck did that happen? And what can we do to change it?

Genius! And not a moment too soon, now that avocado prices are finally declining. Now is the time to MAGA: Make America Get Avocados. Oh, and finally, legitimately give a shit about the fact that minorities like myself are terrified about what lies ahead once the Donald gets sworn in.