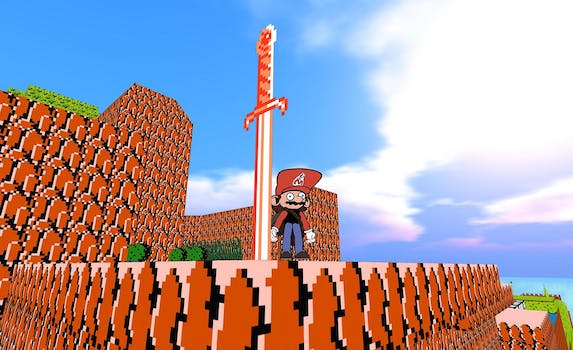 I reported an online video game player with a rape name

As a survivor, being confronted by a gamer with "rape" in his handle was like a slap in the face. So I slapped back.

Many video games require people to get online in order to play. One positive aspect that can come from interacting with strangers in a virtual world is that strong friendships are formed as a result of shared experiences. Unfortunately, it is also entirely possible to run into players who, as the saying goes, “cannot play nicely with others.”

I was playing Hearthstone when I encountered a player who named himself “ToldToRape.” The name, all by itself, is jarring. Someone out there made an intentional decision to represent themselves with a name that not only includes the word “rape,” but also implies that the person feels entitled to commit rape.

To get the full impact of this, you have to know a little bit about Hearthstone. It is an online card game. Those of you who have played Magic the Gathering will have a pretty good understanding of how the game play works. One big difference is that each deck in Hearthstone is personified by a character that appears in World of Warcraft.

There is no chat function in Hearthstone. Players are unable to say anything to a stranger they have been paired up with. Instead, they are limited to one of six “emotes” that cannot be altered. Each one reflects the personality of the character that personifies the deck the player has selected. There is a “threat” emote—but it’s not that bad. One says, “Watch your back.” Another says, “You asked for it!”

Players are allowed to choose their name. That name will be seen by whomever they are paired up with in Hearthstone. Put this all together, and it felt to me like the player who selected the name “ToldToRape” intended it as a threat. He (or she) knew that the players the game paired them with would see it. I shudder to think of what that person would be saying if there was a chat function in Hearthstone.

I am rape survivor. When I read that name, I froze. My ability to focus on the game had been shattered.

My first impulse was to concede the game. You can do that in Hearthstone. Click a button that is helpfully marked “concede” and that match ends. It also gives your opponent a “win.” As much as I wanted to just get away from that player, there was no way I was going to reward him (or her) with an easy win.

So I kept playing. The instant my turn was over I was clicking around in the hopes of finding a way to report that player. I also took a few screenshots of that player’s name in case I needed proof that I wasn’t simply making things up.

It did not surprise me that I lost the match. Who could focus on the strategy involved in Hearthstone with all those distractions?

I was too shook up at this point to keep playing. Instead, I started looking for information on Battle.net (Blizzard’s official website) that would teach me how to report the player with the offensive and threatening name. I learned three things. One, there is no way to directly report a player name that you saw in Hearthstone. I had been looking for something that did not exist.

Two, Blizzard has a naming policy that players must adhere to. Names like “ToldToRape” fall under “extreme or violent sexual acts” and are not acceptable according to Blizzard Entertainment.

The third thing I learned was that the player name you see on your opponent in Hearthstone comes from that person’s Battle Tag. In short, it means that this player’s name, “ToldToRape,” would appear in every Blizzard game he (or she) played. All other players would see it. The other games have a chat function and a way to essentially send a direct message to another player.

I was very motivated to report the player’s name, but how? I decided to do what many do when faced with frustration. I got on Twitter and complained. The only official Hearthstone account that I was aware of was @PlayHearthstone. It tweets about new stuff in the game, and things like that, so I wasn’t sure if the person behind it would have the authority to do anything. Even so, it seemed like a good place to start.

I sent a tweet to @PlayHearthstone that said “You’ve got a player named: ‘ToldToRape.’ Goes against your naming policies. Do something!” Before I sent it, I attached a closely cropped photo that clearly showed the player’s name.

The official Twitter account of Blizzard Entertainment North America Customer Support is @BlizzardCS. I should have directed my tweet to them, but didn’t know any better at the time. They were able to find my tweets about the problematic player name. The very next day, I got a tweet from @BlizzardCS that said, “Thanks for the report. It’s been taken care of.”

What a relief! It meant a lot to me that my voice had been heard. The powers that be at Blizzard took me seriously and promptly had the situation “taken care of.” With one tweet, @BlizzardCS made it clear that names like “ToldToRape” are not welcome in their games. Perhaps the public tweets I made, and the response I got, will dissuade others from selecting names that are describing “extreme or violent sexual acts.”

If you’ve spent any time online since the summer of 2014, you’ve undoubtedly read articles and blogs that make it clear that some of the people who play video games find it fun to harass and threaten women who play video games. This small group seems to feel that video games are their treehouse, and they spend a lot of effort emphasizing the “no girls allowed” sign they have pasted on its door.

Women who dare to write about video games, or to create their own video games, end up receiving vile threats from strangers on the Internet. That isn’t news. It’s been happening for a long time, is continuing to happen, and needs to change. One way to help make things change is to report players who intentionally select names that include the word rape. It isn’t too difficult to do, and you don’t have to confront the offending player yourself.

At BlizzCon 2014, Blizzard president and co-founder Mike Morhaime decided to, as he put it, “talk about something serious.” The fact that he took time out of the opening ceremony to do it says volumes about the values of Blizzard Entertainment.

That portion of his speech included the following statements:

Over the past couple of months, there’s been a small group of people who have been doing really awful things. They have been making some people’s lives miserable, and they are tarnishing our reputation as gamers. It’s not right.

Let’s carry the good vibes from this weekend out into the world all year round. There is another person on the other end of the chat screen. They’re our friends. Our brothers and sisters. Our sons and daughters. Let’s take a stand to reject hate and harassment. And let’s redouble our efforts to be kind and respectful for one another, and let’s remind the world what the gaming community is really all about.

My experience reporting a player with a rape name showed me that Blizzard is following through with what Mike Morhaime said. It makes their games feel that much safer. Players need to realize that there is a real person on the other side of that chat screen. Those that forget can be reminded by the company that makes the game.

This piece originally appeared on xoJane and has been reprinted with permission.