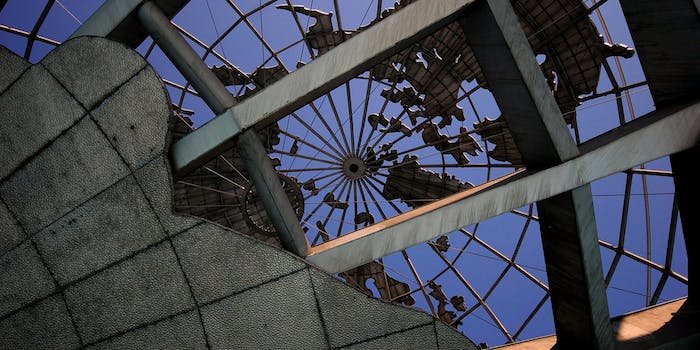 Let's go on a journey to the center of the issue.

One thing that should be clear in the fallout from #Gamergate is that the gaming industry and the community that attends it have paid insufficient attention to one segment of players in particular. For lack of a more established term, I’ll call them mantle gamers.

You remember the mantle from grade-school science, right? It’s the next layer of the Earth outward from the core. It’s a useful analogy here because, for decades, publishers and retailers have focused their money-making efforts on the core, often to the exclusion of groups that failed to fit that profile.

To really understand the mantle, though, we need to be more specific about its context. “Core” tends to be a pretty vague classification, and you’ll often see it used to describe any number of perceptions about who plays video games. Some consumers have even adopted it as kind of shibboleth to distinguish themselves from less avid players. Its original purpose, though, was to help companies identify the most lucrative swath of potential buyers. A common approach is to focus on consumers who purchase dedicated gaming consoles and buy multiple games per month.

Particularly since the 1990s, it’s been supposed that the core was made up primarily of male consumers between the ages of 18 and 35, with an emphasis on caucasian players, at least in the American and European markets. That in no small part accounts for why certain types of game tend to receive the most lavish treatment from the big name publishers.

Ten years ago, for example, four of the top 10 selling console games were sports titles, two were first-person shooters, two were open-world action games, and one was a car racing game. The only top 10 game that even gave the option to play as an identifiably female character was Pokemon Fire Red. The top of the heap was Grand Theft Auto: San Andreas, a game that shared its franchise’s reputation for unsavory depictions of women.

That was what much of the peak era of core dominance looked like, but the release of the Wii in 2006 began a major shift in thinking about the make-up of the game-playing public. The debut of the iPhone’s App Store two years later continued that shift by catalyzing the growth of mobile gaming into arguably the largest market for video games.

The major effect of those changes was to open the field for types of games that a narrow focus on the core demographic had marginalized. Thus, by way of illustration, a recent analysis of gaming habits showed that, on average, online players now play puzzle, board, trivia and card-type games more often than action, sports, strategy and role-playing games.

From demographic to tribe

Even as the market has grown more diverse, though, the major video game publishers have continued to make their biggest bets on genres associated with the young adult male demographic. As of last year, shooters, sports sims, and open world violence still topped the list of console best-sellers. Only the inclusion of Just Dance, Minecraft and Disney Infinity made for a roster less exclusively focused on the core.

The persistence of that focus is explained in part by the so-called “hardcore gamers“—a subset of core players who game mostly to the exclusion of other hobbies and who can therefore be counted upon to buy more games yearly. Even more than the core, the hardcore skews male, with a lower average age and fewer responsibilities demanding a portion of their disposable income. They also tend to be more enthusiastic about embracing their economic importance to the industry, often seeing as a facet of their own identities. Many proudly characterize themselves as a “hardcore” or “real” or “true” gamers.

You can inadvertently do strange things to a category by transferring it from one domain another. In the domain of marketing, core and hardcore were strictly about the best way to attract the most consistent profits. Translated into a personal allegiance, though, they lent themselves entirely too well to pop-culture tribalism. Self-proclaimed hardcore gamers have tended to sneer at casual and “midcore” games, even to the point of considering them an altogether different activity. People who played them weren’t really gamers. Since it was understood that the core (and especially the hardcore) were predominantly made up of white, male players, women were frequently treated as interlopers. Smack talk often ran toward racial and homosexual epithets.

Those factors—the marketing categories, their translation into personal identities, the tribalism they fostered, and the increasing use of “gamer” as shorthand for the core—each contributed to the popular stereotype of what it meant to be a gamer. Gamers were white, male and straight, mostly teenagers and college kids. They liked their games violent, crude, and demanding enough to be inscrutable from the outside. The high volume of sexist language made it difficult to believe that they maintained healthy relationships. The sheer amount of time they spent playing suggested an isolated, sedentary existence.

The perceptions weren’t always fair, but the way the major studios marketed games tended to affirm them. The growing importance of multiplayer online play and gaming forums made the worst behaviors increasingly visible to the mainstream.

Back to the mantle

Of course, the focus on a white male-dominated core never really meant that gaming was devoid of other identities, but it did mean that, as a consumer demographic, they figured less prominently in the design of games and less flatteringly in their promotion. As journalists watched the demography of gaming change, the expectation was that the growth of a more diverse audience would shift the needle on both the culture of gaming and its perception among outsiders.

And it has shifted, but the going has been slow. In part, that’s because the big money publishers remain fixated on the core, even as the ballooning cost of producing elaborate gun fantasies shrinks the margins. But it’s also because many of the recent additions to the gaming audience fit neither the conventional picture of the core, nor the perception of the new market that is rapidly displacing it.

That’s whom I have in mind when I talk about mantle gamers: women, LGBT players, and persons of color who eschew most casual and midcore games in favor of the best sellers that developers make with core gamers in mind.

Both because marketing demography has yet to fully take them into account, and because their standing with the hardcore is often doubtful, they haven’t yet been fully assimilated into how the industry thinks of the core. Yet, because the sales they contribute are indistinguishable from core sales, they’ve had the effect of muting the impact made by the steady universalization of gaming over the course of the last decade. Often, that’s had the unfortunate effect of making the mantle invisible—or, at any rate, easy to ignore.

That’s why throwing its weight behind an auxiliary tag like #NotYourShield has wound up being one of the smartest moves made by #GamerGate. The first wave of the ongoing consumer revolt, as proponents often style it, coalesced around unsubstantiated accusations that a indie game developer, Zoe Quinn, had slept with male reporters in exchange for positive coverage. Despite an insistence that the goal of #GamerGate was to restore journalistic ethics, those early accusers persistently dwelled on the role played by the woman, rather than that of the supposedly corrupt journalists, making it seem unlikely that their cause would attract very many female supporters.

Then, on Aug. 28—a day after actor Adam Baldwin popularized the #GamerGate hashtag in a context unmistakably focused on Quinn—gaming journalists published a spate of articles declaring, in various terms, the “death of the gamer.” Broadly speaking, the message was that, with gaming having expanded to encompass a practically universal audience, developers and marketers no longer need to dote so concertedly on a demographic most still envisioned as young, straight, white, and male.

That was a point many in the gaming industry had been making for years. However, the Aug. 28 articles had been written with fresh anger over the way Quinn, Feminist Frequency’s Anita Sarkeesian, and other female developers, writers and their supporters had been harassed in the preceding two weeks. Consequently, the authors argued their position with more force and disdain that ever before. And since the word “gamer” was pulling double duty, describing both a marketing cohort as well as quasi-tribal identity, some readers interpreted the articles as a declaration of hostility against anyone, including mantle gamers, who considered themselves part of the gaming core.

Thus, when the #NotYourShield tag made its debut the following week, the situation was primed for a second wave of support. The disaffection of mantle gamers and the emergence of a hashtag signaling the possibility of a new inclusiveness in #GamerGate set the stage for a sometimes uneasy alliance. Much of what’s happened since then was possible only because the movement had caught a second wave comprised in no small part of women, persons of color, and members of the LGBT community.

That result was not preordained. It happened, in no small part, because circumstances had conspired to make the core and hardcore gamers of the first wave ready to acknowledge a cohort of gamers that the Aug. 28 articles stormily overlooked, a cohort of which the industry as a whole had for years taken insufficient notice.

Ushering mantle gamers into the fold may not have been #GamerGate’s intention—4chan messages posted the following day make it clear that many in the first wave promoted the #NotYourShield as part of a “special jamming op” intended to deflect accusations of chauvinism. By now, though, that second wave identifies so thoroughly with the #GamerGate banner that it will likely take years to heal the rift. In the meantime, publishers, marketers and the gaming press would all do well to remember the mantle.