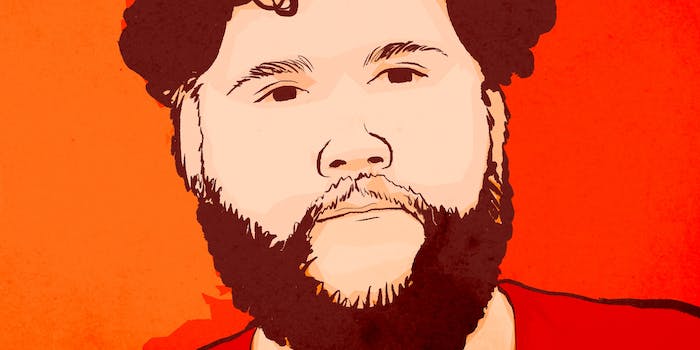 One of Gamergate’s most notorious harassers has been arrested and charged with two felonious accounts of assaulting a police officer. Depending on how prosecutors proceed, 30-year-old Virginian Ethan Ralph could face up to five years in prison.

My hope is prosecutors will finally take his threat to public safety more seriously.

Most members of Gamergate, the alt-right movement best known for harassing women in the game industry, operate under a veil of anonymity. Ralph is one of the rare exceptions, running the fringe blog “Ralph Retort.” Much of Gamergate’s reputation for spreading private information about feminists in an attempt to intimidate them is due to Ralph’s actions.

According to reports from the Loudoun County Sheriff, Ralph was found drunk and passed out next to the Executive Conference and Training Center near Dulles International Airport. Police were called to the scene, where they attempted to awaken him while passed out in a nearby hotel lobby.

This is where things reportedly turned violent between law enforcement and Ethan Ralph, who allegedly  assaulted a deputy. He was immediately arrested and charged. In addition to two counts of felonious assault on a law enforcement officer, Ralph faces additional charges of obstruction of justice.

According to Virginia law, assaulting an officer is a class 6 felony, which mandates prison terms of no less than one year and no more than five years. After conviction, this can be reduced to a class 5 felony at the judge or jury’s discretion. A fine of $2500 dollars is also possible.

According to multiple reports, Ralph has been denied bail. In social media posts sent from prison, Ralph shows no remorse for the actions leading to his arrest.

I have an unfortunate history with Ethan Ralph. Like many women in the game industry, I’ve been doxed by him multiple times. In December of 2014, after receiving death threats so extreme they were the basis of a Law & Order episode. I had pictures of my house, my car and even my pets’ names published by Gamergate on Medium. The post was so extreme that it caused Medium to reevaluate its policies on publishing private information.

After the post was taken down, Ralph was eager to republish it. The viral post even included diagrams of the interior of my house, recreated from photos, which was terrifying. For my family, the personal information leaked in this post led to an avalanche of credit card fraud, hacking attempts on my game studio, and even hundreds of dollars of false Steam transactions filed in an identity theft incident.

Eventually, the internet service provider (ISP) that hosts Ralph’s blog forced him to take the post with my private information down. By then, the damage had been done. Eventually, my husband and I were forced to move. Today, we take extreme measures to keep our address private, including the use of aliases and remailing services for packages. Even this wasn’t enough. While I was invited to be a guest of honor at Ravencon this year, Ralph declared his intentions online to harass me at the Virginia event. Eventually, he was escorted out by security at the event after refusing to follow instructions to not film people.

I’m far from the only woman Ralph has targeted. Earlier this year, Ralph violated a Nintendo employee’s private life and published sensational and irrelevant details in an attempt to get her fired. He’s also known to out members of the LGBT community, especially transgender women, who face some of the starkest rates of murder per capita with hate crimes.

Despite perpetrating hundreds of death threats, rape threats, doxing, and extreme intimidation, no member of Gamergate has faced justice for criminal acts. In the Washington Post, a lengthy post-mortem from February declared, “In the battle of internet mobs versus the law – the Internet mobs have won.” While covering a high-profile case from Zoe Quinn, it also outlined my efforts with the FBI to have criminal members of Gamergate prosecuted to no avail.

Prosecutors have a wide amount of discretion in how cases like Ralph are handled. They can choose to drop charges, determine what plea bargains they would accept, and even ask for maximum sentencing. Chris Jaramillo is a Florida lawyer who served as a criminal defense attorney from 2013 to 2014. He’s seen many charges of assault against police officers and says these felonies are often set aside if the defendant will plead guilty to disorderly conduct. This lightened sentence typically involves probation and anger management.

However, in Ralph’s case, he says there are signs he might not be given leniency. “Being denied bail is usually indicative of more uncouth behavior against an officer than what is normal.”

“Each case is handled differently depending on the totality of the circumstances,” Jaramillo says. “This would include prior arrest records that could lead prosecutors to pursue a higher sentence or even other charges. However, if this is a first-time offense, not including civil suits for assault, then a prosecutor will likely attempt to offer a plea deal for a lesser charge and less harsh sentence. Of course, it depends on their jurisdiction.”

Jaramillo adds, “My wish is for prosecutors to seek justice where appropriate.”

For any prosecutor, a decision to show leniency in sentencing must be weighed against multiple factors. Do they show remorse for their actions? Are they a threat to the public and law enforcement? Do they intend to contribute to society? In Ralph’s case, these answers don’t speak well for him. And the truth is, a prison sentence might be the one force to get through to Ralph and make him realize life isn’t a video game—there are consequences for actions. I commented on Ralph’s arrest today on Twitter. Then, from jail, Ethan Ralph managed to send me this creepy tweet. 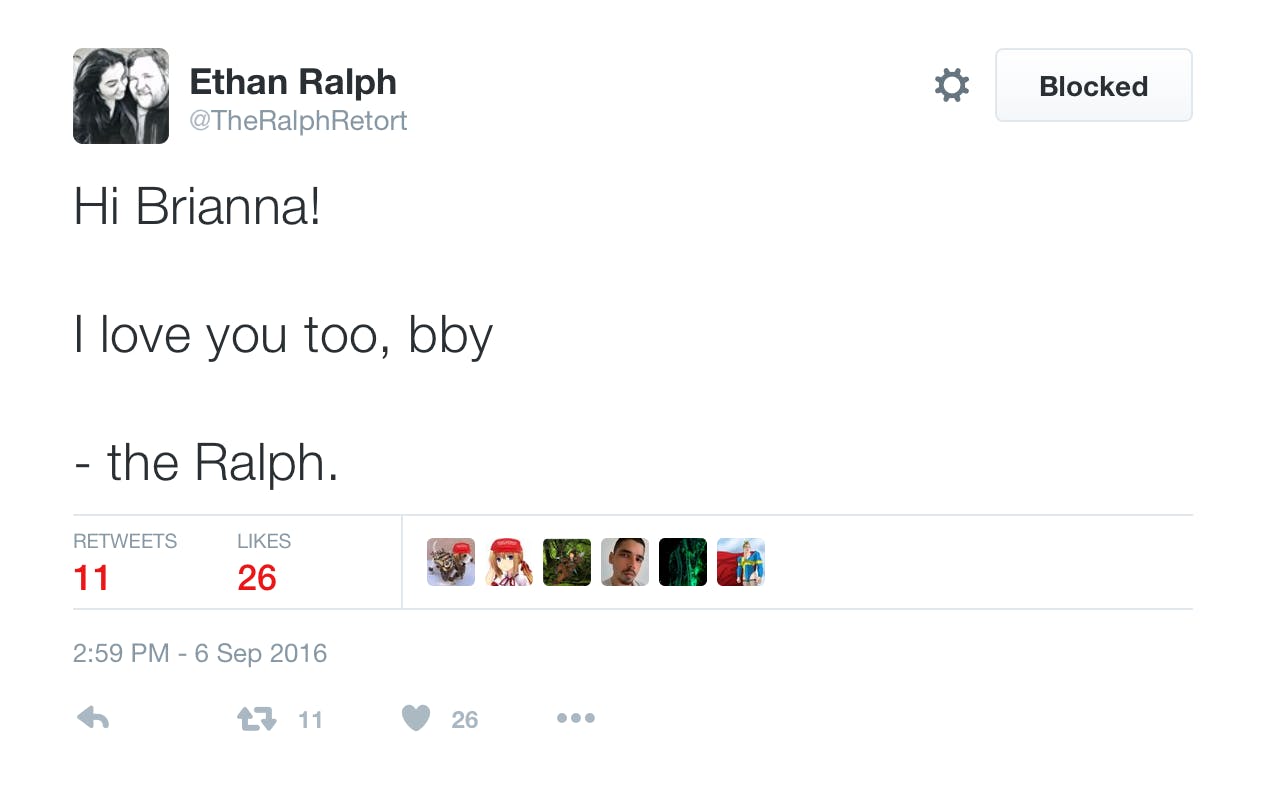 The prosecutor for Ethan Ralph’s case is Eric Shamus in Loudoun County. As he proceeds, I hope he will recognize just how much havoc this Gamergate instigator has caused, and how much havoc he intends to keep causing.

Brianna Wu is a video game developer and the co-founder of the indie development studio Giant Spacekat.