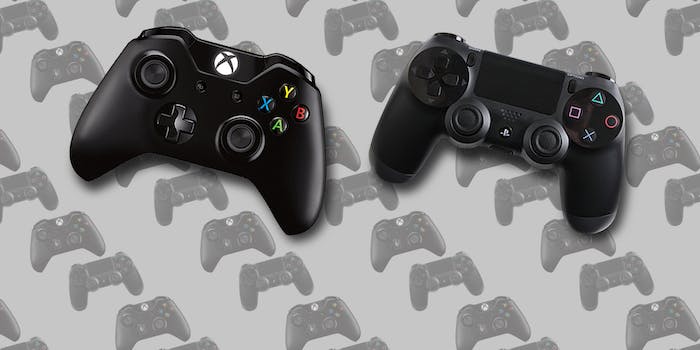 Is Gamergate too powerful?

Every time a company allows online harassment to influence their actions, it adds fuel to the fire.

Gamergate is the online movement that has been tied to several harassment campaigns against female game developers, journalists and other social justice advocates, all while claiming to be about ethics in gaming journalism.

After more than two years of campaigning, Gamergate has developed a pretty open idea of what it considers a “win.” They took credit when sites like Breitbart, The Escapist and TechRaptor clarified their ethics policies to visibly show their support for the movement. They claimed responsibility when the United Nations pulled a report on cyberviolence in 2015, even though it was simultaneously shot down by several gaming advocates, including game developer Zoe Quinn and the Electronic Software Association. Gamergate even attached itself to Hulk Hogan’s landmark $115M lawsuit against Gawker for publishing his private sex tape.

When it comes to actual victories against companies or news organizations that weren’t already in Gamergate’s pocket, the general consensus is at about three. The one time Kotaku clarified its policy regarding Patreon donations, the other time when Intel pulled advertising from Gamasutra and, just recently, the “SavePoint: A Discussion on the Gaming Community” panel at this year’s SXSW Interactive that wasn’t officially about Gamergate, but quickly became about Gamergate.

This week, Nintendo of America fired marketing representative Alison Rapp after she endured a months-long barrage of harassment at the hands of Gamergate supporters and white supremacists. Nintendo claims Rapp was fired for having a second job, which is against company policy, but Rapp insists that Nintendo only found out about the job, along with many other details about her personal and professional life, thanks to the harassment campaign against her.

Harassers often avoid prosecution because they’re able to hide behind a wall of condemners and deniers.

Companies cannot condone the actions of Gamergate and the white supremacists supporting their harassment campaigns. Not once, not ever. Granted, Intel apologized and reinstated its advertisements on Gamasutra a month later, and SXSW 2016 added a day-long summit on online harassment after critics said they were making light of Gamergate’s history of abuse. But any victory Gamergate can legitimately claim is another excuse to justify dozens more harassment campaigns against social justice advocates in the gaming industry, especially women.

Let’s look at the situation with Nintendo. Rapp was targeted by Gamergate supporters who claimed she was a driving force behind Nintendo’s decision to censor underage sexual content in Japanese games when they came to the United States, including Xenoblade Chronicles X and Fire Emblem Fates. She was barraged with abuse on social media for weeks, and the abuse still continues.

It is important to note that some Gamergate supporters have not participated in the harassment campaign against Rapp, others have condemned the actions and many more have claimed Gamergate had nothing to do with it. However, this is a common issue when it comes to Gamergate, and has been echoed in all of the victories discussed. Since Gamergate is not an organized group, some members can do whatever they want while others condemn those practices under the guise that “it’s not Gamergate.” Harassers often avoid prosecution because they’re able to hide behind a wall of condemners and deniers.

Nintendo’s official statement acknowledged and condemned the “criticism” Rapp received “from certain groups several weeks ago,” without acknowledging that she was being targeted for choices the company made. This is a practice that was echoed by Kotaku, Intel and SXSW. All of them condemned the very harassment that directly or indirectly led them to follow Gamergate’s demands, but saying harassment is wrong doesn’t really work if their actions essentially allow that harassment to be right.

Rapp was not responsible for any of the censorship decisions Nintendo made, and moreover, she defended Japan’s right to retain its autonomy in its cultural views on underage sex without being influenced by the West in a 2011 college essay, though it’s unclear if she still believes that. That essay was one of the driving forces behind Gamergate’s campaign, which branded Rapp a “pedophile.” It’s not the first time Gamergate has used the “pedophilia” scarlet letter to brand people they don’t like, including when they called YouTuber Dan Olson one for revealing (censored) proof of child pornography on 8chan, the online forum that was an early home for Gamergate.

Every time a company like Nintendo, Intel or Kotaku allows online harassment to influence their actions, it adds fuel to a very dangerous fire.

None of that mattered, though. The reason Gamergate picked her wasn’t because she was actually responsible for the censorship, nor because of her views on Japanese video games. It was because she’s what Gamergate calls a “social justice warrior,” or SJW. Gamergaters have been in a self-described “war” with SJWs since the very beginning, when they first campaigned against Quinn based on disproven accusations about her personal life.

Now that Nintendo has fired Rapp, a KotakuInAction forum is compiling a list of several key figures in the gaming and journalism industry supporting her, and several of those people have been flooded with pro-Gamergate tweets on their Twitter feeds. Since their tactics seemed to have worked with Nintendo, Gamergate is sure to try them again, and again, until they work again. And for every company that throws its employee to the wolves, like Nintendo, there are several other companies the will face even more abuse by choosing to support staff members.

Every time a company like Nintendo, Intel or Kotaku allows online harassment to influence their actions, it adds fuel to a very dangerous fire. Gamergate has a goal, an agenda, and now the motivation to continue justifying the actions they employ to fulfill that goal. It’s a goal shared by many white supremacists who have helped their campaigns, regardless of whether either group would ever admit that.

In their own words, Gamergate won’t stop until social justice advocates are too afraid of harassment to speak out for equality in video games. And Nintendo just handed them a new round of ammunition.