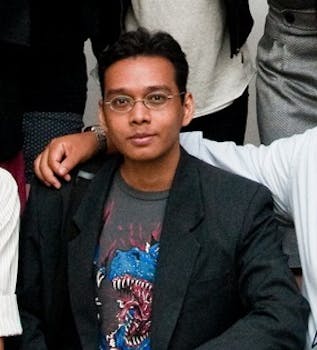 Creating a game a week for one year: Can this redditor do it?

Munir Hussin wants to develop an entire game every week this year. Can he do it? His fellow redditors not only have faith in him; they're helping him out.

In a small corner of social news site Reddit, an interesting game-making experiment is about to take place.

Dozens of volunteers have been gathering for a little over a month with a single purpose: to provide 27-year-old Singaporean Munir Hussin with the tools and help he needs to program 52 video games—in 52 weeks.

If he succeeds, Munir (who we’re referring to by his given name, as Malays have a patrynomic naming custom) will have padded his portfolio with more than 50 games—and made his mark on one of the Web’s biggest gaming forums.

“My passion is making video games and my dream is to start a game studio,” Munir wrote on Reddit in November.  The problem? He couldn’t find a team to make the games with him and, as an unknown developer, he certainly couldn’t find any investors.

Munir had seen threads on Reddit where artists drew whatever redditors requested. He wanted to take the same approach to games. They’d post ideas, and he’d program the games. A recent university graduate, Munir is unemployed and living with his parents. It’s not like he’s lacking free time.

When he spoke to his programming professor at the National University of Singapore about the idea, he remembers being told: “There’s no way I’ll be able to make 12 in a year, and no one will play (them).”

So Munir decided 12 really was a bad number.

Instead, he’s going for 52, or one each week

At Reddit’s nearly 1 million strong r/gaming section, he promoted his plans and asked redditors to pepper him with game ideas.

“I have the conviction that I can pull this off,” Munir wrote.

That thread, posted Nov. 23, sparked so much interest he needed to create his own section on the site, r/gamemechanics.

There, he’s inspired a small army of volunteers who will help him on his task—more than 70, so far, though it’s hard to know who will actually contribute once the project launches on Jan. 1. While he handles the programming, they’ll help out with art, music, and other tasks, like gameplay and bug testing.

Munir’s games will be simple out of necessity. This won’t be Call of Duty or Skyrim-quality stuff, or even Mario or Sonic.

Munir wants each game to demonstrate a single game mechanic—essentially a single piece of gameplay. First, for instance, they’ll be tackling “one button” games, games where a single mouse click determines all the action. That’s not to say games like this are boring—they can actually be a lot of fun. Munir noted examples like like Fruit Ninja or Bejeweled. (For a full list of game types Munir will program, check here).

So just how challenging is this project?

Michael Reitzenstein, cofounder of New Zealand’s indie game company BigBlockGames, knows all about programming under pressure. In September, he and his small team made a role-playing game in just two weeks as a fund-raiser for charity.

“Each game individually shouldn’t be that hard to do,” Reitzenstein said of Munir’s project.  The real challenge, he said, will come from motivation, from not giving up week after week.

“There’ll be late nights and pressure getting them done on time,” Reitzenstein said. “And it takes guts and maybe a little craziness to brush that off and start again each Monday.

“I will be very impressed if (when) he pulls it off. I am not sure I could.”

Munir’s programming adventure begins on Sunday, Jan. 1. Will he succeed? And if he does, will it be the springboard he needs to launch him into a programming career?

“2012 will be quite an interesting year,” Munir wrote on Reddit.