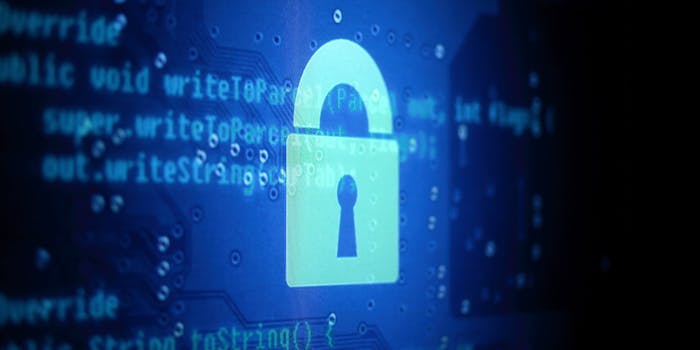 Start by Googling a recipe on a smartphone, and that’s new information for Google, and whatever trackers are on the recipe site. Get in a car and turn on a navigation system like Waze, and that’s continuous information about the drive sent back to the company for processing. Use a store-provided discount card for pennies off the purchase, and the store gets a more complete profile of you, the shopper.

Last week, the Pew Research Center released a major report on American public sentiment regarding privacy and information tracking. The study revealed two major findings: Americans are often comfortable disclosing private information to companies, but are deeply distrustful of what those companies will do with that information once they have it.

Coming two and a half years after former NSA contractor Edward Snowden leaked details of extensive government surveillance conducted on American citizens, the Pew study is a good checkpoint for how we feel about all this tracking, now that the shock of revelation has subsided.

The full study is worth reading as is. What I’m particularly interested in are the comments, collected from the focus groups and online, that justify why the given respondent is okay handing over their data.

On data trackers in cars that collect information for insurance companies:

“Driving is a privilege and not a right. With all the monitoring going on while you drive it is only a matter of time until all these vehicles on the road report direct to your insurance agent.”

On tracking behavior in the workplace:

“The job has the right to do this already so I expect it. I just don’t want them to get carried away.”

“The ‘selling to third party’ part makes me worry. OTOH [On the other hand], I have and frequently use a Safeway rewards card, which I suspect has just such an agreement.”

“I don’t see this as a gross invasion of privacy, all the information that would be gathered about me is certainly already available online somewhere else. I just wouldn’t care enough to create another internet profile.”

Notably, the two categories where Pew found it hard to get a clear statement in support were health information and on smart devices in the home. It seems our bodies and our homes are still strongholds of privacy.

But the comments above indicate how privacy trade-offs work in public. Driving, working, shopping, and maintaining a social media profile are all things people, more or less, choose to do, so there’s a lower threshold to trading away secrets there than in the home or with health information.

Driving takes place entirely in public, and is heavily mediated by law and insurance is already a component of that. Sending driving information to an insurance company, especially in exchange for a discount on insurance (as the Pew question asked), meant only a very modest trade-off for privacy in exchange for a very tangible benefit. Same with loyalty cards for customers.

In the workplace, there’s already a power dynamic in place, as workers are often less likely to “rock the boat” with objections to new changes, though there are limits. Earlier this month, the Daily Telegraph installed under-desk monitors that could track when journalists were and weren’t at their desks. Within four hours of the story appearing on BuzzFeed, the monitors were removed. But for professions where employees don’t have the same audience and freedom as journalism, it’s easy to see monitors like this becoming commonplace, and workers just acquiescing to their presence.

Finally, social media can only exist because people are willing to post information for free. It’s is a public surrender of information at every step, and that information becomes the raw material for social media companies can exchange for investment or advertising. It’s no wonder, then, that people who use social media are comfortable surrendering some privacy to it; it’s hard to imagine how it works without that.

The net result of this is that, where the public and the crowd once offered some form of anonymity, people are happily or nonchalantly or begrudgingly trading that privacy away. It’s part of what makes the era of Big Data possible. It’d be nothing without people offering up tiny details of their lives. You can’t have Big Data without each of us becoming big data points.