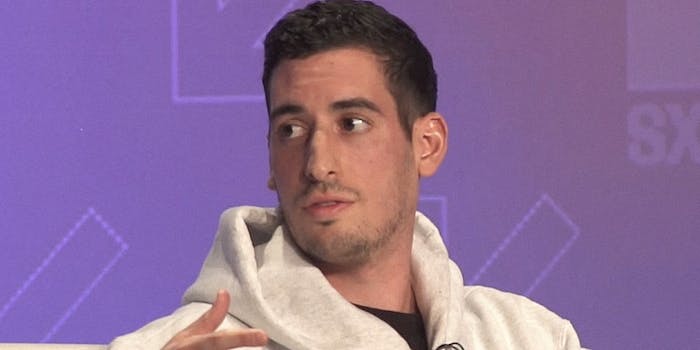 The popular meme account is finally starting to see some legal pushback.

Update 9:16am CT, March 23: The lawsuit has been dropped because, according to Gizmodo, it wasn’t the plaintiff’s original meme.

FuckJerry and its creator Elliot Tebele are being sued by Olorunfemi Coker, whose January tweet was lifted and posted to the FuckJerry account without credit, and repurposed as an ad for JAJA tequila. The post is gone from FuckJerry’s account but is included in the complaint, which was filed this week in New York’s Southern District Court and holds that Coker is the original creator. In the FuckJerry post, Coker’s Twitter handle Femi Factor has been cropped out and a caption added: “Me after my 6th glass of @JAJA.”

The #FuckFuckJerry movement has been spurred on by FuckJerry’s brand arm Jerry Media, which co-produced Netflix’s Fyre Fest doc. Jerry Media was called out for making money off the catastrophe and also willingly lying about the validity of the disastrous event by promoting it on social media. But FuckJerry has been accused of stealing the work of comedians and artists for years, without much consequence, so this is an interesting entry into how this kind of theft can and will be legally addressed.

Coker’s lawyer Scott Burroughs told Vulture that while this is the first actual complaint filed against FuckJerry, his firm has a “number of clients” with similar cases. Coker’s complaint alleges copyright infringement, violation of the Digital Millennium Copyright Act, and violation of the trademark-protecting Lanham Act. He also alleges that he contacted the account to take down his tweet but received no response. Another content creator, Vic Berger, recently tweeted that in 2016, he asked FuckJerry to take down a Ted Cruz video he made, which they lifted and placed ads on. The response was, “Shut up.”

In February, Tebele posted a statement to Medium, assuring that they “will no longer post content when we cannot identify the creator, and will require the original creator’s advanced consent before publishing their content to our followers.” A spokesperson for FuckJerry told BuzzFeed that the lawsuit is “frivolous” and that they “intend to defend it vigorously.”