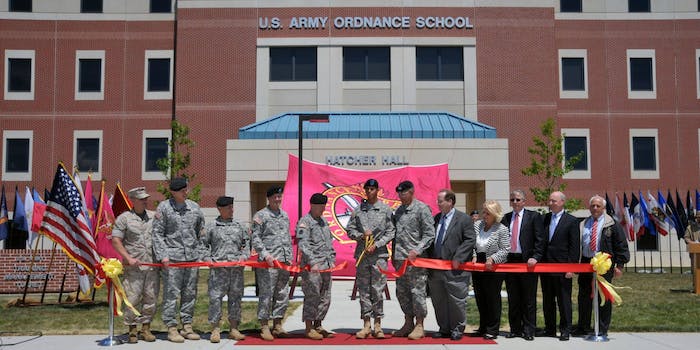 It was all over in less than 30 minutes.

A U.S. Army base in central Virginia briefly went on lockdown after an ‘active shooter’ situation, the base has announced via social media Monday morning. Reports now indicate that personnel have been given the all clear.

BREAKING UPDATE: All clear given at Fort Lee after active shooter incident. http://t.co/uqHi5HhSQE

The active shooter was reported to be in Building 5020 of the base at Fort Lee. Building 5020 is the headquarters for the facility, according to the Associated Press.

Update: Ft. Lee has confirmed the all clear on its Facebook page:

Update 2: An Army spokesperson told NBC News that the shooter had been wounded. According to military officials, the shooter was a female soldier who “turned [a] gun on herself” and fired a single shot. No other injuries have been reported.

This story is developing. We will update as more information becomes available.

Photo via U.S. Army Corps of Engineers/Flickr (CC BY 2.0)