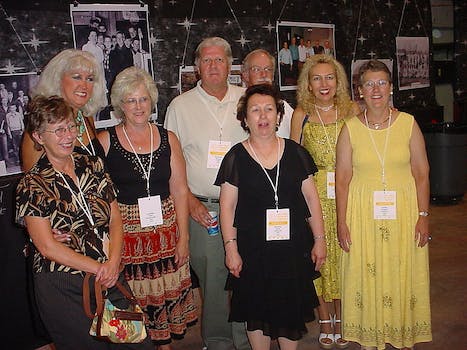 Once prominent in the U.K., Friends Reunited banks on "Family Boxes" and nostalgia to compete with Facebook.

Friends Reunited, one of the elders of social networking, is relaunching later this month with the belief that it can still thrive in a post-Facebook world.

The site is now focusing itself on “memories,” according to The Telegraph, providing a way for people to collect and keep digital memories.

When it launched 12 years ago, Friends Reunited offered a place for old classmates to get back in touch with each other after leaving high school or college. Of course, that’s a need Facebook fills on a much larger scale these days.

At the peak of its popularity, Friends Reunited had 20 million users in the U.K. It now has just 1.5 million unique visitors each month, compared with Facebook’s 845 million monthly active members.

Even so, Chris van der Kuyl, chief executive of Friends Reunited owner Brightsolid, believes there’s still a place for Friends Reunited in the competitive ecosystem of Web communities. (Disclosure: Brightsolid, is owned by D.C. Thomson & Co., a former employer of mine. I do not have any personal connection with anyone at Brightsolid.)

“The new Friends Reunited is unashamedly nostalgic,” said van der Kuyl told the Daily Dot. “It’s a place where people can still find their own school pals—but also store their favourite memories and images all in one secure place. These memories range from personal recollections to the national events which we all remember fondly. We need to protect our precious and shared memories for longevity, which the new site enables you to do, or we’re at risk of becoming the lost generation.”

The new-look Friends Reunited will let community members access and store images from the Press Association news agency and photo archive company Francis Frith on their profile pages and so-called keepsake boxes. More than 10 million publicly available memories will be available at launch, including 6 million photos of historic events such as the Silver Jubilee of Elizabeth II in 1977.

Friends Reunited is also automatically creating “Family Boxes” for its members. These allow families to share memories with each other privately and has features such as a family tree builder and surname definitions.

In other words, it will function similarly to Facebook’s Timeline, which allows users and brands to go back and add significant moments in their history.

I’m not sure that many people will want to add memories of historical events to a so-called “digital keepsafe” either. Friends Reunited may have scored deals with photo agencies, but users of other Web communities don’t always consider an image’s copyright when they share such photos.

The keepsafe could conceivably be used as a digital scrapbook of significant events that can be shown to kids and grandkids in the future. However, it doesn’t seem as though there’s much point in doing so, since anyone can find a YouTube clip or Wikipedia page that highlights an event from history and its importantance.

Friends Reunited has other competition in the “digital memories” space too. Mobile application Path encourages its users to track and store all their experiences, which can be shared with their family and friends.

Path and Facebook haven’t had their privacy issues to seek, however. Van der Kuyl believes the strong privacy settings Friends Reunited offers will mean a lot of people will feel more comfortable sharing details about themselves and their backgrounds on Friends Reunited than on other communities.

Meanwhile, there’s a further sign that Friends Reunited has admitted defeat in the traditional social networking game: New members will be able to sign up with their Facebook accounts.