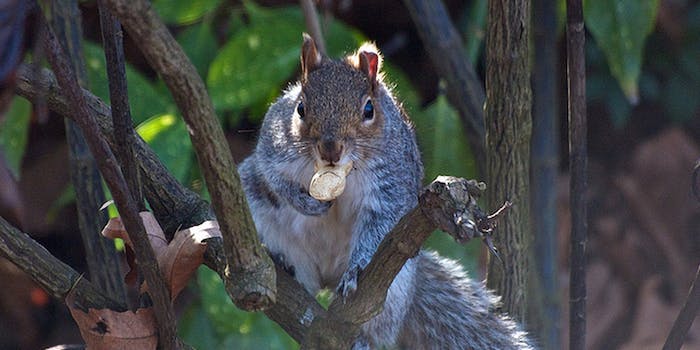 Caisse d’Epargne, a French bank, has been trying to improve its social media strategy. On Thursday, the bank’s regional branch in Auvergne-Limousin posted a photo to its Facebook page, as part of a marketing campaign to promote accident insurance: A squirrel caught upside down on what looks to be the frame of a bird feeder, with his testicles displayed in a rather painful way. A squirrel has long been the bank’s mascot.

According to a Google translation of a story from the French news site 20 Minutes, the company was attempting to create a “quirky message for social networks,” by using an image that was apparently already circulating around the Internet. Facebook users thought the page had been hacked, but quickly discovered it was the bank’s idea. People weren’t nuts about it. 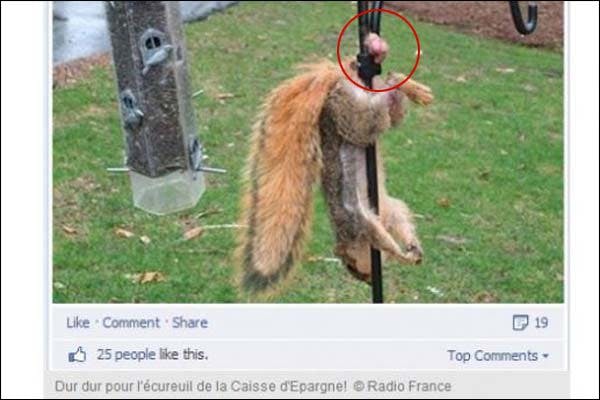 Two hours after the image was posted, it was removed. “Bad luck,” reads the story’s translation, “it seems that Facebook users do not have the same sense of humor that those responsible for the communication of the Savings Bank.”

The translation of the article’s deck might explain this marketing fail even better, and what happens after fails go “viral”:

“The French bank wanted to innovate by posting an advertisement shifted on his Facebook account. Failed total level communication, but great buzz for success.”

The bank has since apologized for its “communication error.”