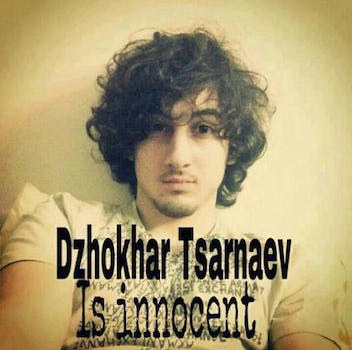 Mere days after Dzhokhar Tsarnaev—one of two suspects in last Monday’s Boston Marathon bombings—was apprehended by police, a new hashtag claiming his innocence and offering general support has popped up on Twitter.

Since April 19, #freejahar has been mentioned more than 2,200 times on Twitter, according to social analytics site Topsy.

Unsurprisingly, the majority of these mentions are coming from Alex Jones-types, individuals who think that the attack was perpetrated by the United States government and that the Tsarnaev brothers are patsies. 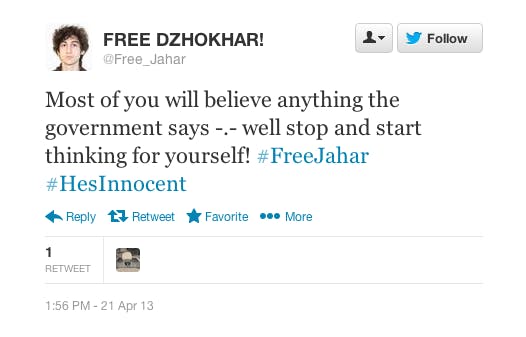 How do they know it’s a false flag? Because of an amalgamation of evidence found on the Internet. 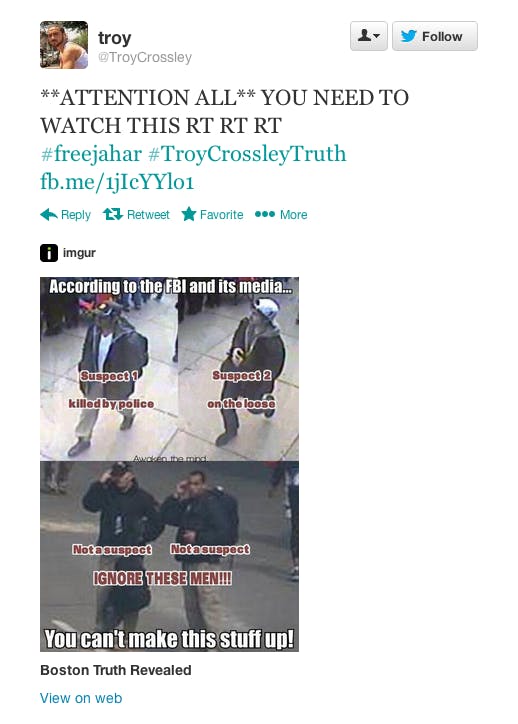 That’s the same evidence, by the way, that Reddit used to identify a series of suspects that ended up being innocent bystanders. Since then, Erik Martin, the site’s general manager, has issued an apology over how poorly his online community handled the situation.

And then there are those who just know it in their heart of hearts that Tsarnaev is innocent, evidence be damned! 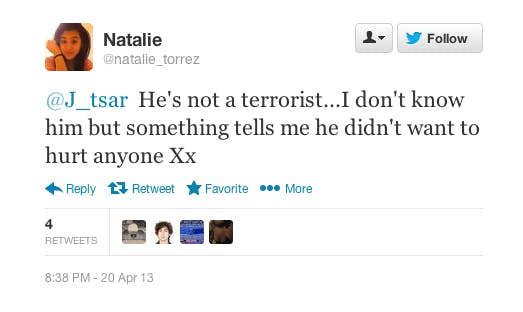 Not everyone using #freejahar on Twitter is in support of the detained suspect. Since Wired’s Danger Room blog first wrote about it on Monday morning, the tone of the hashtag has shifted somewhat from questioning Tsarnaev’s imprisonment to ridiculing those who think he’s innocent. 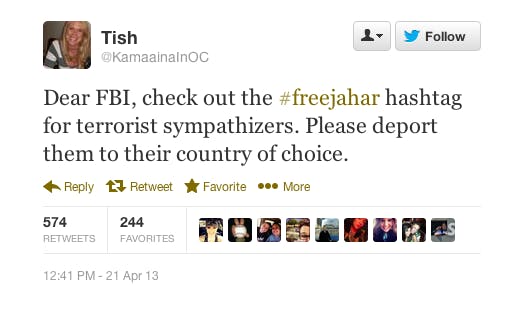 Meanwhile, over on Facebook, the apparent ban on pages that mention Tsarnaev has been lifted. Searching for the suspected terrorist’s name yields multiple results, including this closed group that has more than 10,000 members.