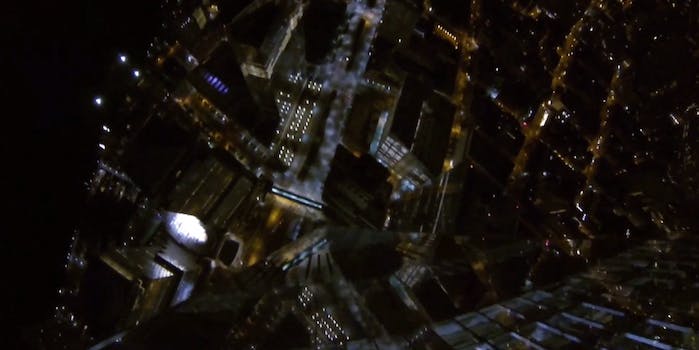 Watch these guys jump off the Freedom Tower

They're on top of the world—literally.

Last week, a New Jersey teen snuck to the top of 1 World Trade Center to explore and take photos, but it turns out he isn’t the only one who has managed to get past security guards.

James Brady, Kyle Hartwell, Marko Markovich, and Andrew Rossig turned themselves into police Monday after BASE jumping off the Freedom Tower on Sept. 30. They were charged with burglary, reckless endangerment, and jumping from a structure.

The jumpers released a first-hand look at their jump Monday night on YouTube as they were set to be arraigned in court. Three of the men climbed the building and took the jump while the fourth watched from the base of the tower.

They were eventually spotted landing by a security guard at Goldman Sachs, who then called police. A months-long investigation led police to Brady, Hartwell, Markovich, and Rossig, who still had video evidence of the jump.

According to attorney Timothy Parlatore, the jumpers were surprised at the lack of security and just how easy it was to sneak into the building.

Parlatore said that any money made from the jumping video will be donated to charity.

H/T The Next Web | Photo via NYC B.A.S.E. Jump/YouTube