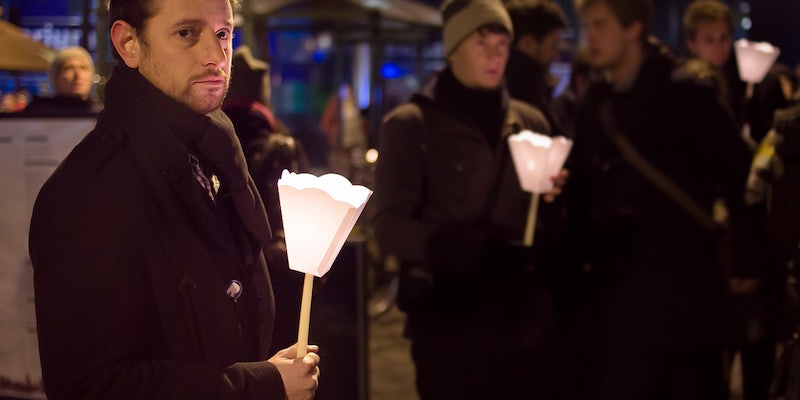 How to draw Muhammad without being racist

Je Suis Charlie but Charlie doesn't always speak for me.

Yesterday, a horrific attack claimed the lives of at least 12 people at Charlie Hebdo, a French magazine known for its biting political commentary. If the goal of the terrorist attack, committed by extremists claiming to act in the name of Islam, was to silence satirists with sharp takes on religious fundamentalism, it didn’t succeed. Instead, the result was an outpouring of global support as cartoonists and other satirists expressed solidarity and the international journalism community condemned the attacks, while members of the public spoke up under the #JeSuisCharlie hashtag. 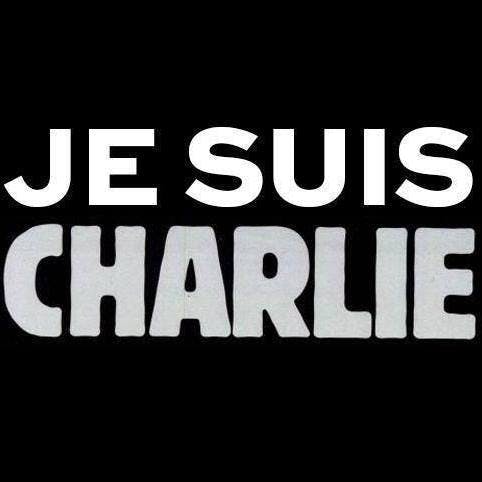 It was a bitter reminder of the dangers of being a journalist in the modern age and a grim testimony to the fact that these risks don’t exclude satirists and political cartoonists. Putting pen to paper (or stylus to tablet) has been a risky endeavor for thousands of years, and those killed at Charlie Hebdo, including the two police officers who responded to the scene, joined the ranks of scores of brave public speakers who gave their lives for what they said. But even as we defend the right to satire and the critical importance of protecting journalistic freedoms, it’s important to acknowledge that there is a difference between true satire and cruelty.

Every aspect of our lives, including religion, should be open to commentary, criticism, and discussion. Satire, with its ability to make bold, skewering, and assertive points, is one among many tools people can use to engage in conversations about potentially charged subjects, such as religious fundamentalism. It may at times be upsetting, or even offensive in the eyes of some readers and viewers, but it still has a valid place at the table. Without satire, our ability to have open conversations is severely hobbled.

Satire doesn’t have to be nice. The goal isn’t to be kind. Often, it’s specifically to make people uncomfortable, by challenging their beliefs, attitudes, and perceptions. At times, satire may be blasphemous or culturally offensive, but people should not be forced to censor themselves in accordance with a narrow list of acceptable political commentaries, if indeed such a list could ever exist in the first place. It’s impossible to write a prescription for a cartoon that won’t upset anyone, and if it didn’t upset a single reader, it wouldn’t really work as satire.

However, when it becomes mean for the sake of being mean—when it becomes sexist or racist, transphobic or Islamophobic—we should be pausing to ask whether it’s a contribution to the conversation, or just a way to shut it down. By punching something down with a dismissive comment or cartoon, we effectively illustrate that we are uninterested in engaging with it.

Responses to events like this one, tinged with both horror and an attempt to silence political discussion, are often highly varied, and they can illustrate the slippery slope between satirical and sardonic responses to trauma and those that make the leap into a darker form of communication. At the same time that people are angry, afraid, and defiant, some carry those responses into something else: hatred.

Some cartoonists responded to this act of fundamentalist violence with political commentary and expressions of sympathy. These commentaries were stark and beautiful testimonies not only to the ties within journalistic communities, but to the globe’s desire for freedom of the press and open conversation, even about difficult issues.

Others went for rank and racist caricatures that relied on the Muslim bogeyman of the collective Western imagination—falling squarely into the racist and mean-spirited category—or created cartoons deliberately intended to be demeaning and inflammatory. When cartoons rely on stereotypes and racist commentary, they add little to the conversation. Cartoonists most definitely have the right to draw them, but that doesn’t mean they should be considered on the same level as thoughtful satire, because that’s not what they are.

This act of violence, tentatively attributed to the Charlie’s history of running images of Muhammad, has contributed to a larger conversation about satire involving the prophet. Some Muslims consider depictions of the prophet to be blasphemous, and a handful of extremists have issued threats to publications that dare to include him in political cartoons or other media. If it’s blasphemous and disrespectful, is it appropriate to depict him at all, let alone show him engaged in potentially offensive activities? The answer to both of these questions is yes, just as it is with anyone else, from Michelle Obama to Jesus Christ.

But there’s still a difference between satire—like a magazine cover making fun of a social panic over having a black president—and simple abuse—like repeatedly depicting President Obama as a monkey. Cartooning becomes something else when it’s purely cruel and provided without any substantive commentary. At that point, it crosses over the very thin line between satire and something else entirely. Satire often pushes at the boundaries, which is part of the point, but there is in fact a dividing line. Charlie Hebdo’s work definitely includes both legitimate satire and other work that may push across that border, but it still invites critical engagement—though not cold-blooded murder.

It matters when satire doesn’t work as commentary because it redirects the conversation from a legitimate discussion of a social issue to one of traded barbs of hatred. Satire can sting—it’s meant to do so—but there’s a difference between stinging and cutting. The best way to ensure that the lives of Charlie Hebdo’s staffers and the police officers gunned down alongside them matter is to protect the legacy of free speech and the right to participate in debate about controversial subjects, while still being open about the distinction between true satire and naked excuses for cruelty.