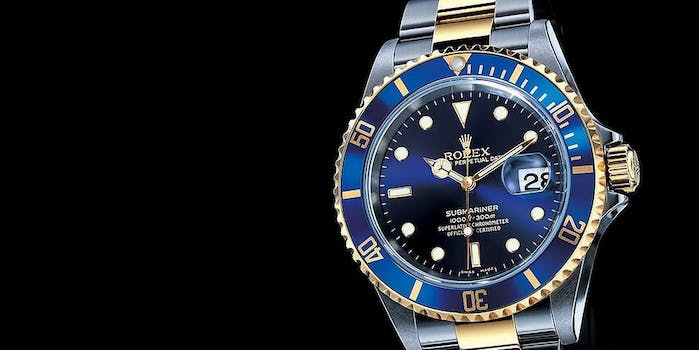 You have to be a pretty big d-bag to get the attention of the Internet nowadays. This tweet is a good way to start:

100 favs and I'll throw my Rolex off a bridge. #Frat ΔΡΩ pic.twitter.com/qBkV0C7i6z

Just 100 likes? Doesn’t seem like that many. Also, he calls them “favs.” Get with the times, Ryan: Twitter changed over to “likes” back in November.

Next, post this annoying and fake-looking video of yourself throwing what may or may not be a Rolex out the window of your car.

That could be a Casio for all we know, but more importantly, we never see it actually exit the window. It’s far more likely that he dropped it on the floor. However, he does get extra douche points for:

Lest you think this is just some college boy having a bit of fun, consider this last bit of evidence:

All of which makes us wonder: How many likes does he have to get to throw himself off that same bridge?