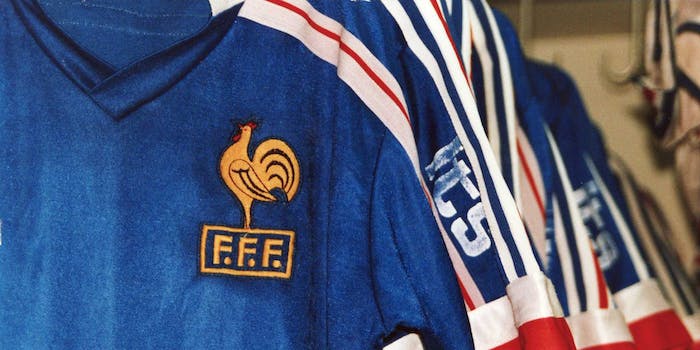 France eliminated Nigeria from the World Cup Monday with an almost inevitable 2-0 result.

France eliminated Nigeria from the World Cup Monday with an almost inevitable 2-0 result. France’s Paul Pogba—a shining gamer for a Les Bleus side overloaded with young talent—headed home the game winner in the 79th minute.

A stoppage time own goal from Norwich City’s Joseph Yobo buried the Super Eagles’ hopes of advancing to their first-ever quarterfinals appearance.

One of the tournament’s most dominant teams, France has yet to be challenged in its four-game run in Brazil. As underhanded international teams are known to do, Nigeria played deep into its own half of the field, content to minimize scoring chances and wait for a counter opportunity that never fully fleshed out. The deferential respect for the French was unexpected at times—the Super Eagles scored twice against Argentina and eliminated a stacked Bosnia and Herzegovina team that ran on fervent goal menace Edin Džeko. Monday they were content to board up the windows and hope for the best.

Nigeria nearly took the lead in the first half when Emmanuel Emenike scored in the 19th minute, but with an offside flag in the air. The Super Eagles produced only eight more shots on goal, and French keeper Hugo Lloris was forced into action for only two saves.

For his part, Nigerian keeper Vincent Enyeama was an overachieving shot-blocker and contributed five big saves that kept his side treading water.

If there’s cause for concern for France, it’s Karim Benzema’s series of soft misfires that kept the game’s tension mounting longer than it probably should have. Benzema’s finishing was unfocused, chippy, and lethargic. Those chances will need to be pounced on for Les Bleus’ next opponent, likely Germany on Saturday.

But with Shaeen the World Cup camel in your corner, anything is possible.