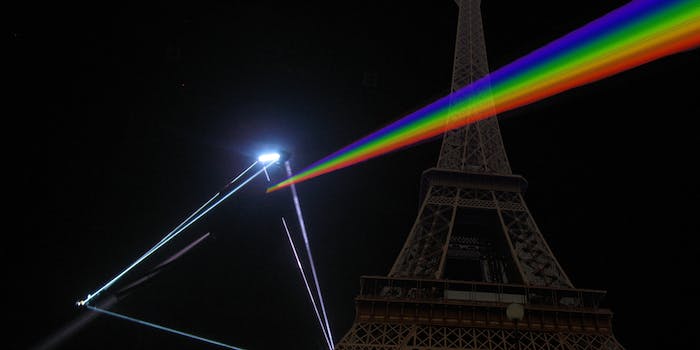 It's not exactly PRISM, but "Big Brother" collects metadata on all of France's calls, texts and emails.

Maybe France has PRISM too.

The paper Le Monde dropped a blockbuster report Thursday that France’s DGSE intelligence agency, like the U.S.’s NSA, has a massive Internet program that tracks all French Internet and phone communications.

The crux of the DGSE’s program, unnamed but referred to informally by Le Monde as “France’s Big Brother,” seems to be collecting mass amounts of metadata, according to Le Monde‘s report. That means it tracks information about communications—who you call, how long your conversations last, and who and when you email and text.

This echoes the NSA’s practice, ramped up in the wake of the PATRIOT Act, of collecting massive amounts of metadata on its own citizens. That practice was made explicit at the beginning of June, when the Guardian broke the news that Verizon, and likely every major U.S. phone carrier, reports the metadata of every single call made to or from American soil.

Big Brother is a big operation, according to Le Monde. It has a budget of €600 million ($774.5 million US), and nearly five thousand dedicated employees.

The report doesn’t confirm that France has the equivalent of PRISM, a still fairly mysterious program that lets the NSA legally tap American companies, like Google and Facebook, for their users’ content. But it’s easy to imagine that France, like the U.K. and Netherlands, has a working relationship with the NSA to get that data and supplement it with metadata profiles.