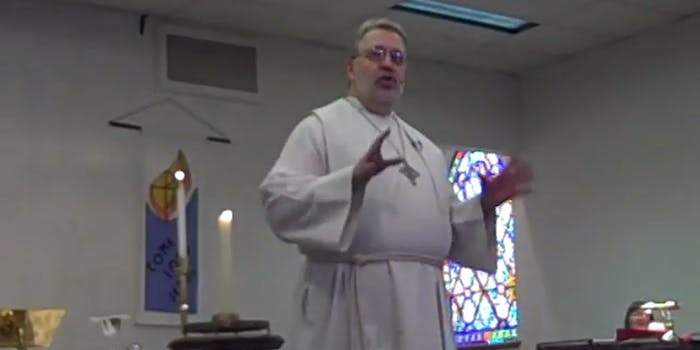 We're sure God will understand.

Most churchgoers reserve Sundays for worship, but when you’re a pastor with a team in the playoffs, you get creative.

Pastor Tim Christensen, of Butte, Mont., found himself with that dilemma during his 11am service on Sunday. With just minutes before kickoff between his 49ers and the Panthers, he decided to condense his service.

And even better for Christensen, the 49ers won. Fortunately, with the NFC Championship game starting at 6:30pm (EST) Sunday, he won’t have to skimp on his sermon to catch the game.