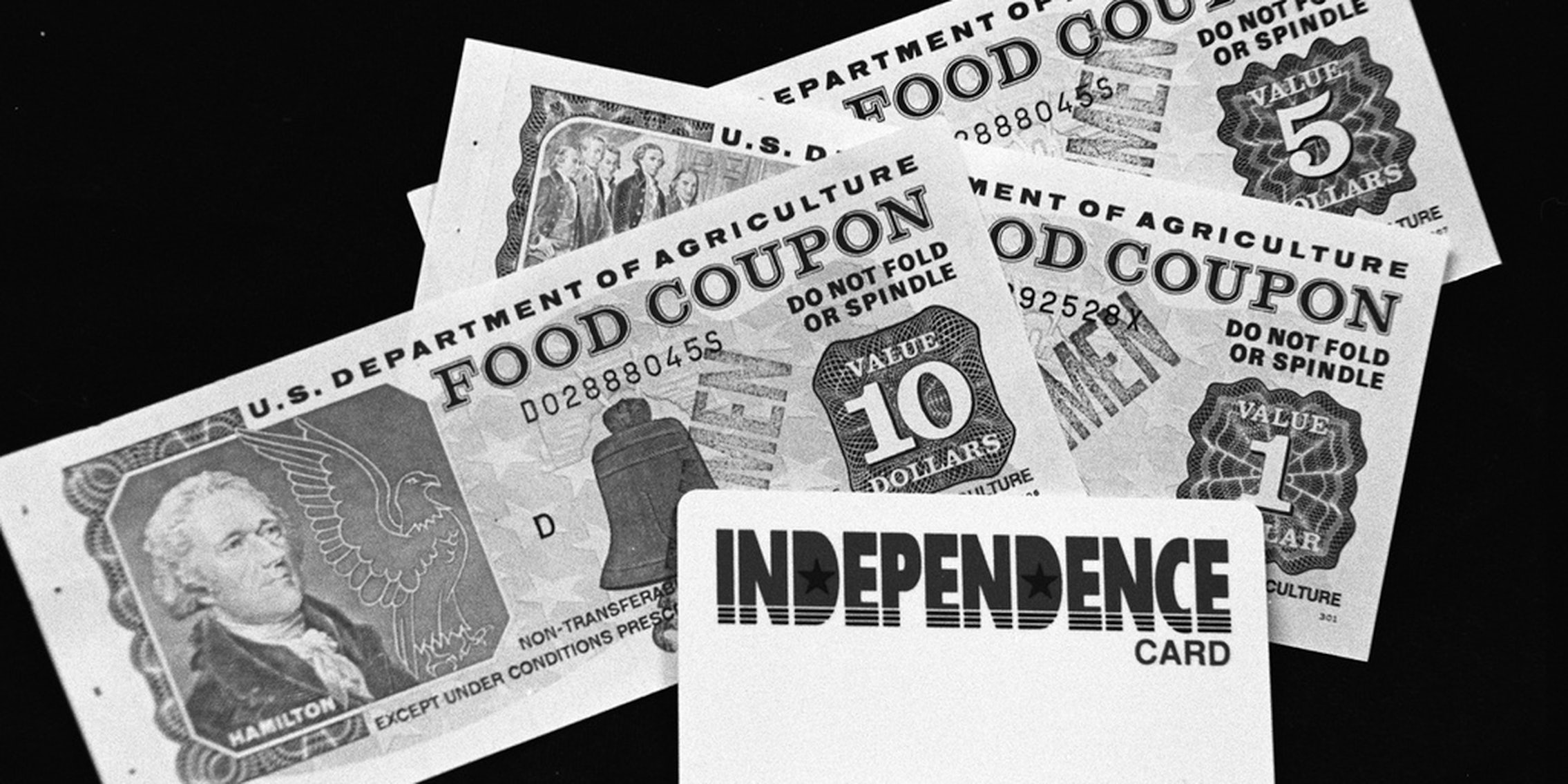 For millions of Americans, it’s not getting better.

For millions of Americans, it’s not getting better. While the national unemployment rate has been on a downward trend in recent years—after reaching a high of 10 percent in October 2009—not everyone has been able to enjoy those benefits.

According to a recent report from the Orlando Sun-Sentinel, the paper found that food stamp rates were on the rise in the region—a trend that correlates with national increases in government assistance. The Washington Post reports that since 2000, the “share of households on food stamps has more than doubled,” with states like Alabama and Louisiana seeing the most dramatic increases. Today, nearly one in six Americans receives food assistance.

While the #FightFor15 is raising the issue of national minimum wage, our problems are so much bigger. The Sun-Sentinel attributes the issue to “high housing costs, slow wage growth, and difficulty faced by many trying to move from part-time jobs” among America’s poorest residents—but that’s not the whole story.

With the increasingly high costs of living in many areas, Americans are often feeling priced out of their own lives. A Bloomberg report from this year found that June was the fifth consecutive month that the U.S. cost of living rose—largely due to skyrocketing rents in America’s cities.

In New York City—the city I call home—the average rent is $3,402. There’s an old saying that if you can make it in New York, you can make it anywhere, but these days, it’s likely you’ll need a little help from Uncle Sam to do so. With specter of rent payments, steep student loan bills, and the day-to-day costs of living in a city where residents joke that a dumpster in TriBeCa still costs you $1,000 a month, I applied for New York’s Supplemental Nutrition Assistance Program last week—the service better known as food stamps.

Raised by a single mother, I grew up on food stamps and put myself through college on them as well. When I finally finished graduate school and took a full-time position in New York last year, I hoped that would be the end of federal assistance—the final days of just getting by.

After all, I did everything I was “supposed to” do. I was one of the first in my family to get my Master’s degree (or finish college at all), and I got a good job—with a 401K and insurance. I pack my lunches every day and scrimp just enough to put money into my savings account when I can. Among my friends, I’m known for being religiously frugal—which is code for “very, very cheap.”

But no matter how well you play by the rules, the cards will continue to be stacked against you in today’s economy—particularly when you’re starting the game with $100,000 in debt. I remember the first time I saw my full student loan balance last year, buried at the bottom of a credit report. At first, my eyes brushed right past it, not realizing what it was, but my brain began to slowly process that number, as the gravity of what I was looking at finally sunk in. It read like a death sentence.

I’m not the only New Yorker struggling to get by. In 2010, a report showed that 1.7 million area residents (or 20.7 percent of the population) were receiving food stamps—or “almost 50 percent of the city’s labor force today.” These aren’t the “welfare queens” we were told about but instead the definition of the “working poor,” people whose low-wage incomes are simply not enough. Often, those folks—like myself—might even consider themselves middle-class.

New York’s food stamp rate has been climbing in recent years, but it actually isn’t even the highest in the nation. According to 2010 figures, nearly 36 percent of all St. Louis residents receive SNAP assistance, and 63 percent of kids are on food stamps. McAllen, Texas and New York’s Bronx borough are relatively close behind—with 29 percent of residents receiving SNAP benefits.

While children are, thus, at a disproportionate high risk for poverty, it’s their parents—particularly young couples with kids—who are also suffering. A recent report from the New York Post found that “millennial parents are [the] poorest generation in 25 years.” According to the Post, “about 20 percent of parents between the ages of 18 and 34 live in poverty,” roughly the percentage as the number of New Yorkers on SNAP.

On this front, I’m lucky. I don’t have to stress out about the exorbitant costs of keeping a family together, especially in a city where—in order to raise to kids on a living wage—you have to make at least $35.14 as a single parent and $18.91 as a couple (that’s if you both happen to be working). I’m not my grandmother, who had three kids by the time she was 19, or my mother, who gave birth to me she was just 18, but the generation I represent has yet to reap the benefits of progress. Even for those of us who don’t have mouths to feed, we have our own little monsters sucking us dry.

But no matter how well you play by the rules, the cards will continue to be stacked against you in today’s economy.

If it feels like a no-win situation, it is—except for those born on third base. A recent report from the Atlantic showed that while 30 percent of millennials are still living at home with mom and dad, there’s a segment of young people doing very well indeed: ones with rich parents.

“These millennials have help paying their tuition, meaning they graduate in much better financial shape than their peers who have to self-finance college through a mix of jobs, scholarships, and loans,” writes the Atlantic’s Gillian B. White. These are the lucky few who are staying ahead of the game: “owning a house, buying a car, and consistently putting money away for retirement.”

Those might seem like arbitrary markers of achievement to some, but they say a lot about about who will be wealthy and financially soluble in the future. Even after the implosion of the housing bubble during the mid-aughts, White writes, “[H]omeownership is still the primary way that Americans build wealth.”

Programs like food stamps don’t just target the poor. In a system that continues to benefit the wealthy—and their children—at the expense of everyone else, they help even the playing field. Thus, as Congress slowly rolls back food stamp programs all over the nation, it’s hitting certain populations particularly hard—including elderly residents in states like Wisconsin and Michigan—but these problems affect all of us who are just trying to get ahead. Many have no other options.

These structural issues will continue to be passed down to future generations, because if you parents own a Lexus, there’s a better chance you will, too. If your parents were on food stamps, you will likely be swiping your SNAP card along with them. That’s my story, and it’s the story of millions of millennials just like me—who did everything right and still inherited everything that’s wrong with America in 2015.