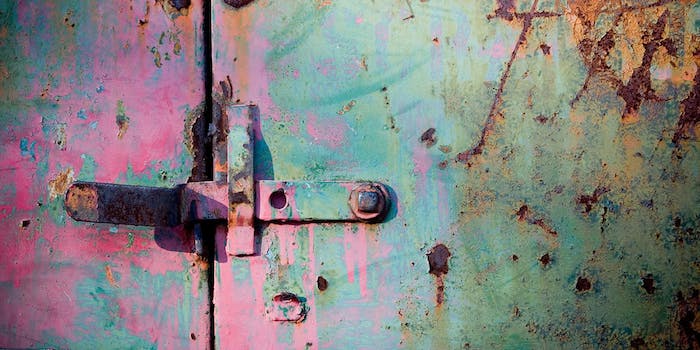 The U.S. wastes 133 billion pounds of food every year. Can the Internet change that?

If you want to help stop America's food waste epidemic, there's an app for that.

It’s the end of dumpster diving in France. The nation’s legislators unanimously passed a vote last week forbidding supermarkets from destroying edible food, instead requiring them to work with charities to connect needy members of the community with unused food rather than throwing it away. That’s a bold move for a world where roughly 40 percent of food is wasted, never making it from farm to table.

While this move is a critical way to hold supermarkets accountable for their food practices, individuals aren’t off the hook either—and the Internet is making it extremely easy to fight food waste.

In France, as in many other nations, a growing socioeconomic gap (along with a troubled economy) is putting more people in need, excacerbating many of the root causes of homelessness. Homeless citizens can’t afford food or aren’t able to fully support themselves, and charities are becoming overloaded. Some turn to dumpster driving in search of food, knowing that a vast amount of produce and past-dated food gets tossed every day.

In retaliation, many supermarkets cover discarded food with chemicals or lock it up. The new French law, however, bans these activities. Angelique Crisafis at the Guardian explains:

The logistics of the law must also not put an unfair burden on charities, with the unsold food given to them in a way that is ready to use, a parliamentary report has stipulated. It must not be up to charities to have to sift through the waste to set aside squashed fruit or food that had gone off.

Markets may not, in other words, dump a pile of unwanted foods on charities and tell them to sort it out. The penalty for noncompliance is fines and the possibility of jail time, making this law both aggressive and unique in Europe, where some nations encourage programs like charity donations, but don’t require them. The law has been a long time coming and the possibility of copycat legislation in other nations is an appealing prospect. But the Internet is already way ahead of the game when it comes to food waste.

Meet the wide world of leftover sharing apps, which connect people who have food with people who might want it, whether they’re trading unused food, getting discarded food into the hands of people who need it, or sharing excess with their communities. Websites and apps alike create a means for users to sign up, share information about available food and pickup points, and socialize.

In other words, there’s an app for that.

Germany, in particular, has led the charge on the issue. Zu gut für die tonne, or “Too good for the bin,” is a government-sponsored app that educates users on how to buy and use for more efficiently. Foodsharing.de is a grassroots organization where people can post listings for their excess food and meet up with members who want it. Both initiatives cut down on food waste with an aggressive and intelligent use of technological resources.

“We Save Food!” is another German initiative, in which volunteers collect “imperfect” produce from markets to make large community meals—last year, large numbers of European markets also participated in the Year Against Food Waste by welcoming blemished fruits and vegetables to their produce sections, instead of selecting only the most perfect for display and sale.

Portugal’s “Ugly Fruit” snaps up the nation’s unwanted produce for resale, attracting a class of customers with a very different aesthetic. Meanwhile, farmers in the U.S. who want to cut food waste can use a variety of apps and websites to send excess harvest to charities and food banks, rather than allowing it to rot.

LeftOverSwap, based in the U.S. and spreading to the rest of the world, is sort of like the Uber of foodsharing. Open the app, check out available leftovers, and hail one; sometimes you can even get delivery. Users are, of course, encouraged to confirm that foods were stored safely, and they’re advised to heat them thoroughly before consumption to reduce the risk of food-borne illness.

The culture of foodswapping that’s slowly arising in response to growing concerns about food waste is a fascinating cultural phenomenon. In the short term, it’s a powerful illustration of what the sharing economy could be, with people literally sharing; from each according to her ability, to each according to her needs in a very literal sense.

Unlike many apps and tools rooted in the sharing economy, it doesn’t have an underlying capitalist or profit-making motive. Rather, the goal is purely to get food to people who will use it, thereby reducing food waste, which benefits the environment and also passes production efficiency up the line. Furthermore, these apps also build community, as people get to know the people they trade leftovers with and establish social relationships.

Walking down the street becomes a story of “oh, I picked up leftover pad thai at that house” or “that guy took the rest of that carton of eggs so they didn’t go bad while I was in Montana.” In a culture where community is rapidly dwindling, especially in cities, there’s something strikingly radical about such applications, as they’re about creating a world in which people are encouraged to pool together their resources for the common good.

Foodswapping apps offer a fantastic way to reframe the way we think about food in America, encouraging consumers to buy smart by making it easy to share leftovers and, by extension, easy to start tracking the sheer volume of leftovers generated. Many households aren’t aware of the amount of food waste they produce until they’re confronted with it, despite the fact that an estimated 133 billion pounds goes to waste every year in the U.S. That’s 31 percent of our food.

With the rise of foodsharing apps may come an important shift in culture. For all the supermarkets complaining that consumer waste is the real problem, these tools force all of us—businesses and shoppers alike—to finally take our place at the table.

Photo via amyleonard/Flickr (CC BY ND 2.0)