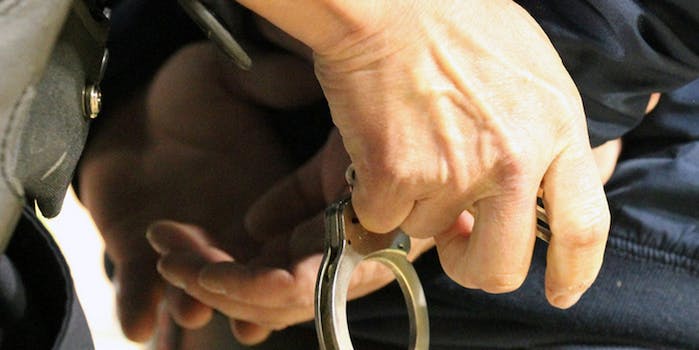 The escort called 911 on the man, claiming he was doing a "bad impression." Guess what tipped her off.

Hypothetical scenario: You find an escort online. You head to a hotel to meet said escort. You pay her, but before any sex happens, she kicks you out. Would you brush it off?

Or would you instead dress up as a cop in an attempt to confront her, even if you could be arrested by real cops shortly after?

A Florida man named Ian Enrique Naveira chose the latter. On Nov. 12, the 28-year-old Boynton Beach resident allegedly made contact with a 24-year-old woman on Backpage.com, who then agreed to meet at a Super 8 in Lantana, Florida. According to court documents, she took $80 from him, but didn’t hold up her end of the deal.

The disgruntled Naveira left, procured a tactical vest and hat belonging to his father, a USDA inspector (who was obviously clueless about the whole thing), and confronted the woman and her boyfriend at the hotel. They called 911, claiming Naveira was doing a “bad impression” of a police officer.

The hat he was wearing was emblazoned with a United States Department of Agriculture logo. That might have tipped off the couple.

Naveira started to brawl with the boyfriend. Then the actual cops showed up.

This is some next-level Ronnie Dobbs foolery.

Naveira is currently being held on one count of impersonating a law enforcement officer. Stories like these are why the @_FloridaMan Twitter exists. Earlier this week, another Boynton Beach man was arrested for pulling a gun on his trainer, who’d simply asked him to put away his weights. Never change, Florida.