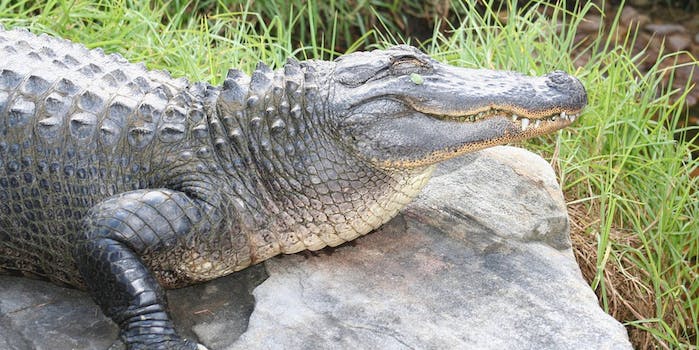 Why did the Florida alligator cross the road?

Even this alligator knows that jaywalking is a no-no.

The critter was spotted in Palm Coast, Florida, using a crosswalk to get through a busy intersection. Fear not citizens, this gator means no harm. It simply wants to follow the rules and regulations of this country like any other man or woman.

Police were called to the site on Monday morning after someone spotted the alligator in some bushes near the intersection. When officers got there, the five-foot fellow decided he was ready to go and darted for the crosswalk. The cops stopped traffic to let him cross, which took 30 seconds (which for the record is faster than some slow-ass walkers in Los Angeles).

Looks like this alligator knows the traffic laws better than some other Floridians, such as the dude who drove miles with his wife on top of the SUV or the guy who fell asleep in the Taco Bell drive-thru.

Honestly, this alligator crossing is as iconic as Abbey Road.