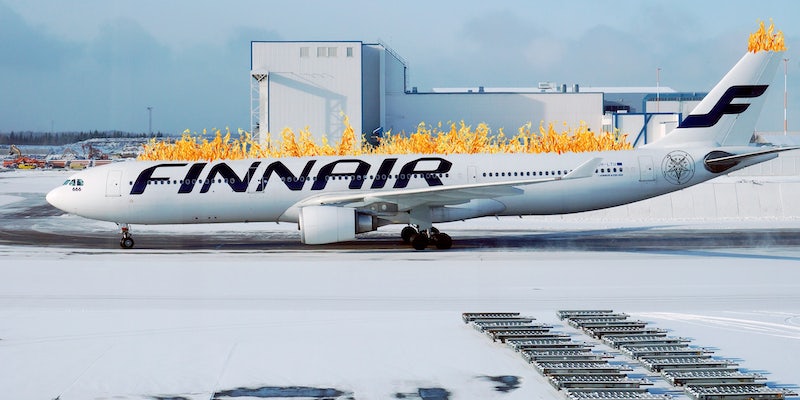 It's literally a cold day in HEL.

A plane with the outward appearance of being incredibly unlucky landed in Helsinki Friday afternoon without a hitch.

Finnair flight 666 has been in rotation for years, but every so often it garners a lot of attention for coincidental flight schedules. Flight 666 has, on several occasions, traveled from Copenhagen (CPH) to Helsinki (HEL) on Friday the 13th. To add another superstitious layer to the flight, the plane left Copenhagen around 1pm local time, or 13:00 in military time, and the plane itself is 13 years old. The same thing occurred the last time everything lined up on May 13, 2016.

A flight straight to HEL, if you will.

Can it get worse?
Flight 666 to HEL on Friday 13th pic.twitter.com/sZeaSFpVCD

Would you dare to sit in row 13, on board @Finnair flight 666 en route to HEL on Friday the 13th?https://t.co/lKujhSu0gP pic.twitter.com/fWIvQTMLjF

The phenomenon of Friday the 13th being unlucky isn’t as common a connotation in some European countries—both 13 and 666 have negative associations from the Bible—to the point where some planes have a 13th row. And Finnair pilots who’ve flown flight 666 have spoken about the coincidence.

“It has been quite a joke among the pilots,” Finnair pilot Juha-Pekka Keidasto told the Independent in 2013. “I’m not a superstitious man. It’s only a coincidence for me. And if there’s some passenger who is anxious about this 666 our cabin crew is always happy to help them.”

The flight landed in Helsinki at 5:41pm local time, and while we won’t see this again until October, you can catch Flight 666 to HEL just about any day; Flight 666 is scheduled to fly to Helsinki on Jan. 14 and 15. 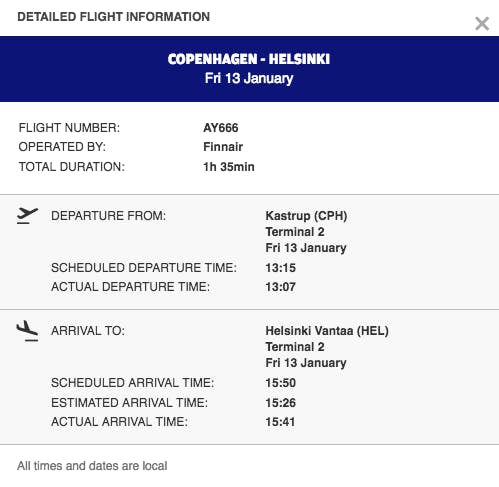 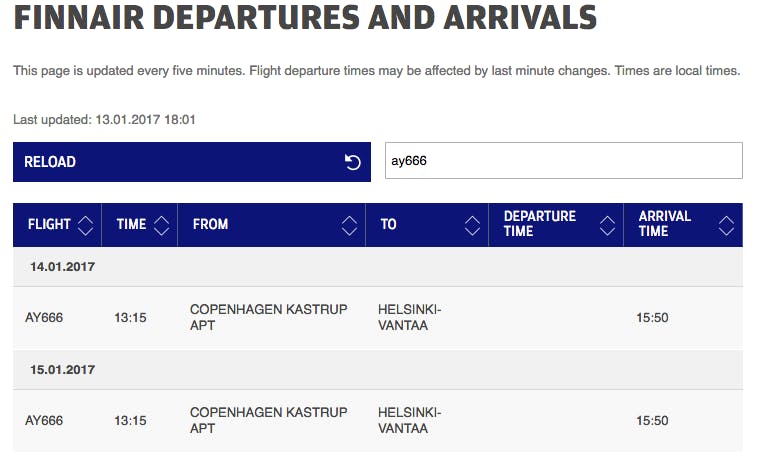