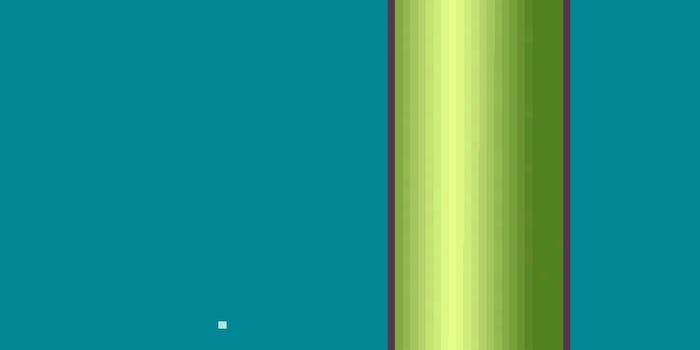 Flappy Bird made $50,000 a day but was written off as a freakish oddity. Was it because its developer wasn't white?

Was the creator of the biggest game of 2014 hounded off the Web because of racism?

If a game made by a white American or European developer was earning $50,000 a day, regardless of how maddening the contents might be, it would have been hailed as a sweeping, perhaps even groundbreaking success rather than a freakish oddity of gaming culture. It might even have been a rags-to-riches story of the triumph of capitalism.

Instead, Flappy Bird saw the media level a number of unfounded and baffling criticisms at the game and its creator, Dong Nguyen. Not content with slamming it as “an ad-riddled mess,” Kotaku accused Nguyen of plagiarizing Nintendo. Others followed suit, accusing him of cribbing Flappy Bird’s gameplay from other titles. Developers accused him of artificially inflating the rankings of his game on the App Store using bots.

But Nguyen was adamant that he hadn’t stolen his game elements. Nintendo agreed. Others pointed out all the ways Nguyen’s game design was distinct from its predecessors. And after a careful analysis of the data from Flappy Bird’s App Store listing, Mashable could find no evidence that the game had come by its No. 1 ranking dishonestly.

Yet despite Nguyen’s having been vindicated as a developer, the insults persisted. BuzzFeed called the game “borderline crappy.” NDTV wrote that the game’s success “leaves experts baffled.” CNet added dismissively, “We’ll do anything for a quick fix these days.”

“Not only is the visual language of Flappy Bird almost entirely re-appropriated from early NES games, but it seems to be engineered and designed by someone still learning how to create games,” Polygon wrote.

Except Nguyen is a programmer with 10 years of experience, four of those spent developing games, all of which have been carefully tailored to do exactly what Flappy Bird does.

Slate got it right by noting that all of these dismissive approaches to the game carried the underlying assumption that it must be a bad one. “On the contrary,” Slate argued: “Flappy Bird is an outstanding game.” Vice likewise called the game “unflappably brilliant,” after consulting with gaming strategists who pointed out that despite its simplicity, the game nonetheless delivered all the essentials of addictive gaming.

Why, then, was a game this successful, this brilliant, so maligned?

Flappy Bird is a game where the user has only one job to do, with an infuriatingly low success rate. It might be simply that this kind of game is easily dismissed by reviewers.

But other, similar games, have fared much better. Adult Swim’s popular flash-based game Robot Unicorn Attack, is a comparably simplistic game that involves leaping over things until the user crashes and dies. Like Flappy Bird, the user must dodge obstacles, and like Flappy Bird, without constant attention and repetitive jumps to keep the unicorn in the air, the player falls and loses.

“The aesthetic is a good gag for a few minutes, but the game itself is addictive enough to last much, much longer,” wrote UGO of Robot Unicorn Attack. “I can’t wait to press Z to chase my dreams again,” gushed ABC Australia. “This feels like a game you’ll put on your phone, then pull out to play again and again,” cooed CNN. So it’s not Flappy Bird’s gameplay that’s the issue. Not really.

But this might be. Creator Nguyen is a developer from Vietnam who told TechCrunch that his one-man game development company in Hanoi didn’t have the resources to do any maintenance on the game. In an essay titled “Our Flappy Dystopia,” game developer and critic Mattie Brice argues convincingly that Nguyen positioned himself opposite a powerful Westernized success narrative: “The standard success story of someone in the games media is a person who can afford to keep up with the newest products and has the resources to write for free or low-wage for about two years,” she wrote.

The idea of success outside the conventional method of capitalism, which is intersectional in its effects, is met with contempt … Dong is considered an outsider. Who is he? From Vietnam? Oh, that explains this ‘knock-off’ rhetoric people are using. Indie creators are notoriously capitalizing on the nostalgia of the late ’80s and ’90s gaming culture, with difficult puzzle platformers and action side scrollers as far as the Steam library can go. No one is accusing these devs as stealing from Nintendo and Sega, despite the lineage being extremely clear and borrowed as homage. It’s because the gaming community set up a success narrative for certain indie, mostly white, mostly men, mostly from English-speaking countries, developers who strive to make smaller games competitive with the big dogs.

Nguyen abjured this narrative on multiple fronts. Not only did he express concern over the addictive qualities of his game—so much so that he eventually took the game down—but he rejected the idea that success in gaming meant constant improvements. He resisted pressure to update the game or get rid of the annoying ads, noting that he felt doing so would ruin the simplicity and aesthetic that drew users to it to begin with.

In an early interview with Chocolate Lab Apps—before he began avoiding the press—he speculated that perhaps the reaction to his game signified a deficit in modern American and European game play:

I myself think western-made mobile games are a little unnecessary complex for massive of players. So please try to make more simple games, learning how players react should help.

Could it be that it was easier to write off Flappy Bird as an amateurish, ill-designed fluke than for gaming culture to take its creator, and his gaming design strategies, seriously? Numerous members of the gaming community seem to think so. Game designer Robert Yang challenged the media narrative around Nguyen on Sunday:

I suspect that if Nguyen were a white American, this would’ve been the story of a scrappy indie who managed to best Zynga with his loving homage to Nintendo’s apparent patent on green pixel pipes and the classic “helicopter cave” game genre. … Instead, Dong Nguyen committed the crime of being from Vietnam, where Electronic Arts or Valve or Nintendo do not have a development office. The reasoning is that no one “outside of games” can become so successful, except through deceit. The derivative nature of Flappy Bird’s assets and mechanics was taken as confirmation that technologically backward Southeast Asians were “at it again”—stealing and cloning hard-won “innovation in games” invented by more-beloved developers.

In an essay entitled “The Rise and Fall of Flappy Bird,” Tumblr gaming watchdog fucknovideogames takes a detailed look at the media attention to Flappy Bird, arguing that Nguyen was subject to racist responses to his success, and ultimately harassed off the Internet because of it. (Oh, yes, let’s not forget the death threats he received.) “Flappy Bird was targeted because people thought Nguyen didn’t deserve his success, despite all evidence that he was on the level.”

I’m bummed about the Flappy Bird thing. I really hope this isn’t the future of every successful designer from the developing world

Ultimately, Nguyen may enjoy the last laugh. Although his game has been taken down, he’s still enjoying a hefty profit from the users who continue to play it, and he is currently working on new games. Meanwhile, the press and the gaming community seem content to remain “baffled” by Flappy Bird, musing about how to “game” the system, as they allege Nguyen did. Even after the game’s demise, they can’t admit that Nguyen simply designed an addictive, fun game, and came by his success honestly.

@misterlukeherb @kotaku I always believe I am a game developer. I don’t mind to be misjudged.

The question, in the end, is whether gaming culture can allow anyone else to believe that Ngyuen is a game developer.

From atop the grave of Flappy Bird, it seems like the answer is no.

Photo via ursonate/Flickr; CC by SA 2.0