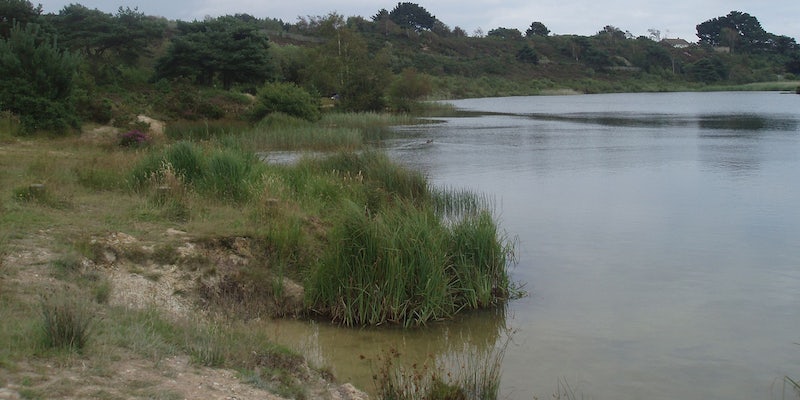 Photo via Lets Go Out Bournemouth and Poole/Flickr

What secrets lie in the deep?

GoPros are made to weather the most extreme conditions. But for all their durability, you still have to, you know, get the thing back if you want to upload that cool video you shot.

But that’s not always possible, which is why Daniel Rose and his sister, on a family-and-friends fishing jaunt in the English town of Hamworthy, managed to hook one of the cameras from the bottom of a lake. Although the equipment itself was broken, the SD card was still intact, which meant they were able to retrieve footage of the GoPro’s final moments, recorded almost a year before.

Nothing too surprising about how the camera initially fell off the pier into the water and got tossed around by the tide, but stick around for a special visit from curious crustacean.

Rose wrote on YouTube that he and his sister “have made this video public so that it can be shared around so that hopefully the SD card and camera can be returned to its rightful owner!” But more importantly, can we get that crab a reality TV show?