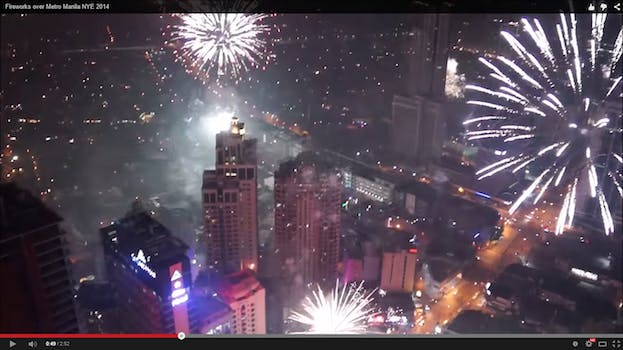 Everyone wants a little piece of the action.

Such is apparently not the case in the Philippines.

From atop the Gramercy Residences in Manila, the tallest residential building in the country, someone captured every set of fireworks that went off right as the clock struck midnight. And it’s bonkers.

Big or small, multiple or singular, the Manila’s fireworks combined together to display a truly remarkable celebration—one that Times Square couldn’t hold a (Roman) candle to.