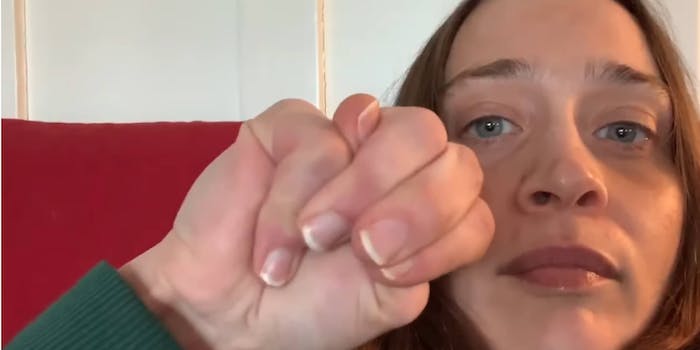 The singer has signed off on her new album.

In a video posted to the YouTube channel Fiona Apple Rocks, the singer shows a clip from the 1950 film Born Yesterday, then in American Sign Language (ASL) signs, “My record is done.”

It’s not clear if Apple posted the video herself, but there are other videos on the channel of her advocating for rescue dogs and railing against Harvey Weinstein’s lawyer. So it seems on brand. (The channel’s description says, “I’m not Fiona Apple but I do post new Fiona videos here every once in a while.”)

Apple hasn’t released a new album since 2012’s The Idler Wheel…, and in a September interview with Vulture, after the release of Hustlers (her song “Criminal” was memorably featured), she said she was “hoping” to release the album in “early 2020.” In a January interview, she said she had a title for the album: “It’s just I have to do artwork and stuff, and I’ve been dragging my feet a little bit.”