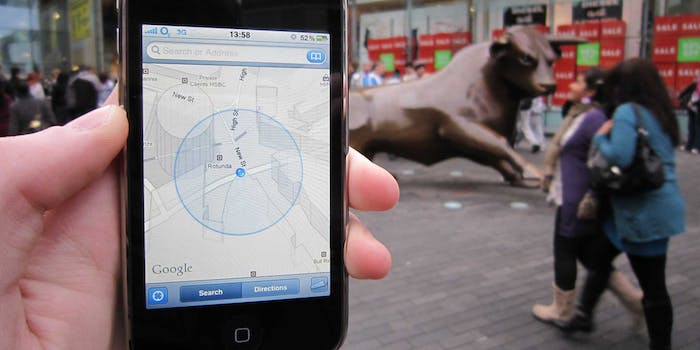 One man dead, another blind after Find My iPhone confrontation goes wrong

Usually Find My iPhone tales have a happier ending.

Find my iPhone is usually a lifesaver, but when a father used the app to locate his son’s stolen iPhone, it lead to tragedy.

It all started last August when 20-year-old Jordan Grant was robbed of his iPhone on his way home from work. when he told his father Derek, 38, of the crime, the elder Grant used the Find My iPhone app to locate the stolen property. When he confronted the thief, 29-year-old Patrick Bradley, the father was stabbed in the eye. Grant then retaliated by stabbing Bradley repeatedly with a knife.

Bradley later died of cardiac arrest, and Grant, was arrested and charged with murder, the charge was later reduced to culpable homicide after Grant pleaded guilty in a Scottish court.

Grant’s lawyer, Ian Duguid, told the court his client’s actions were a “reaction to the extreme violence” he faced. Grant, who is now blind in his left eye, was remanded in custody and will be sentenced Sept.1.