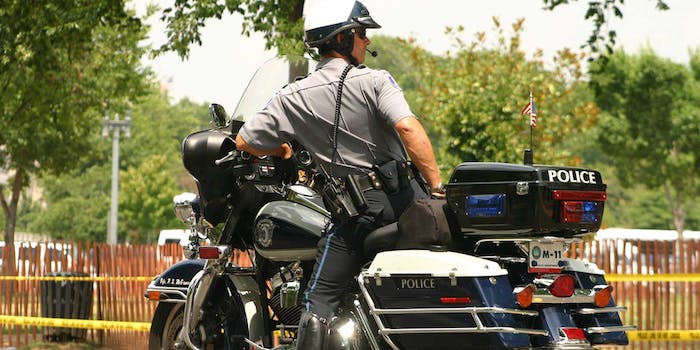 Filming police is still not a crime, court rules

This is why we have the Constitution.

The First Circuit Court of Appeals has upheld a lawsuit against a local New Hampshire police department, affirming the right of citizens to film police carrying out their duties in public.

Carla Gericke attempted to film Sergeant Joseph Kelley as he pulled over her friend Tyler Hanslin on the night of March 24, 2010. Gericke was later arrested and charged with several crimes, including violation of New Hampshire’s wiretapping statute. She was not brought to trial, but nevertheless filed a lawsuit against the Town of Weare, its police department, and the arresting officers. Gericke’s complaint was that the wiretapping charge constituted “retaliatory prosecution in violation of her First Amendment rights.”

In his ruling on the case, Judge Kermit V. Lipez explained that the gathering of information about government officials, including police officers, is a right protected by First Amendment that “not only aids in the uncovering of abuses, but also may have a salutary effect on the functioning of government more generally.”

The case will return to a lower court for trial.