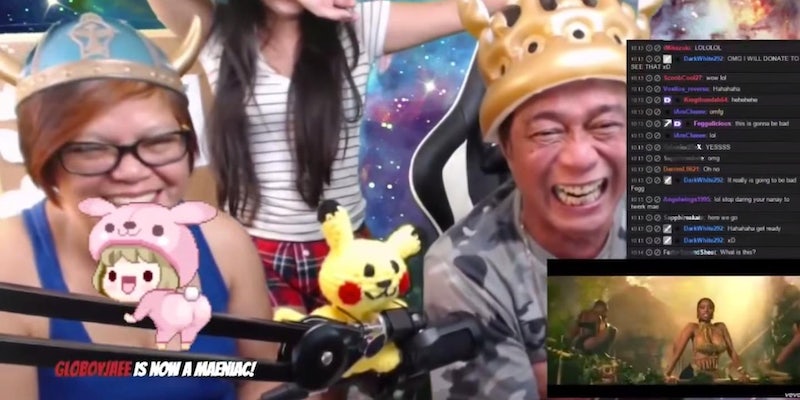 His wife wasn't as enthused.

One dad’s anaconda sure does want some after watching the booty-tastic music video for Nicki Minaj’s club banger.

YouTube vlogger MissesMae had her parents watch the “Anaconda” video while filming their reactions. Her mom did what we’d expect most of our parents to do: questioned the current state of pop music. Meanwhile, her father explodes into laughter and lust for those bouncing buns. 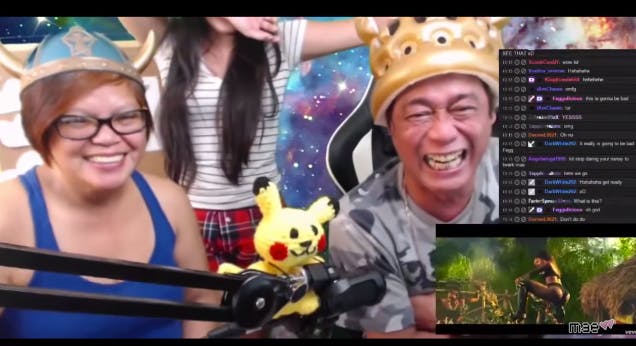 He even turns to his wife and asks, “Can you do that to me?” He doesn’t much care that Nicki’s blown-up butt is fake. His eyes are stuck on the screen just like sapin sapin (a super-sticky Filipino dessert) to a fork.

Once “Anaconda” is over, MissesMae shows her parents Major Lazer’s “Pon De Floor,” which we know is also full of rump-shaking fun. Her dad is pretty much breathless by the end of it all. We recommend a cold shower.