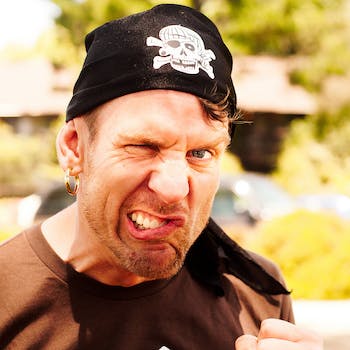 The operators of TankaFetast, the second-largest torrent site in Sweden, have decided to shutter the site. However, it appears as though it is set to reemerge from the ashes imminently with a different identity.

TankaFetast was an index for torrent files, a format for finding and sharing downloadable files (using the BitTorrent protocol). Some of the content that’s shared via torrents is copyrighted material, such as movies, TV shows, games, and software.

Though torrent sites don’t host torrent files or copyrighted material themselves, they have faced legal action from copyright holders for indexing locations where people can find them.

“After many ifs and buts, we have decided to close down TankaFetast,” the site’s owners said in a statement cited by TorrentFreak.

By Thursday lunchtime, the statement on the TankaFetast homepage had been replaced with a new one:

“Hi all, it’s official. The site lives on in the new name and new home. Nygammalt people take over the community and its visitors. It will be uploaders, super mods/admins as the banner on the new name. Stay left, stay tuned. This weekend we hope to have the site online! Perhaps as soon as tonight?”

According to a post on TankaFetast’s Facebook page, the site was shut down because of a threat by a Dutch organization named Biern, against its Dutch-based Web host. Biern threatened to prosecute TankaFetast’s hosting provider and to force all Internet service providers to block access to TankaFetast’s Internet Protocol address. As a result, the TankaFetast owner decided to close the site.

TankaFetast is perhaps not quite as well-known internationally as The Pirate Bay, which is perhaps the most popular torrent site in the world. However, it was a well-trafficked site in its former incarnation, with a reported 4.5 million visitors per month as of Dec. 2010.

When it closed, the site refused to go too quietly into the night, as it fired a parting shot at Hollywood and politicians in its original statement.

“Maybe we can one day see an end to the fascist tendencies that comfortable businessmen in the film industry and corrupt politicians have turned to something common in recent years. … We will never agree that copying is theft, and will always consider the distribution of culture is something positive.”

The TankaFetast operators continued to stoke the fire by encouraging the site’s visitors to join the Pirate Party—a Swedish political party that aims to reform copyright and patent laws—in order to help the fight against rabid copyright enforcement. The call to action was somewhat of a success, as it lead to almost 250 people joining the party.

“TankaFetast gave the party the best parting gift you can imagine,” said party leader Anna Troberg. “By helping the party to get more activists have strengthened the Party’s capacity to work for a reform of copyright which is in line with the times and can not be used to tighten the thumbscrews on the ordinary culture lovers.”

TankaFetast’s initial decision to close came in the wake of Sweden’s Supreme Court announcing on Feb. 1 that it would not grant the defendants in the long-running Pirate Bay case leave to appeal against their conviction. The Swedish Appeal Court found three founders of The Pirate Bay guilty of copyright infringement in 2010.

Given TankaFetast’s latest announcement, though, it doesn’t seem that Antipiratbyrån’s efforts have truly killed the site.