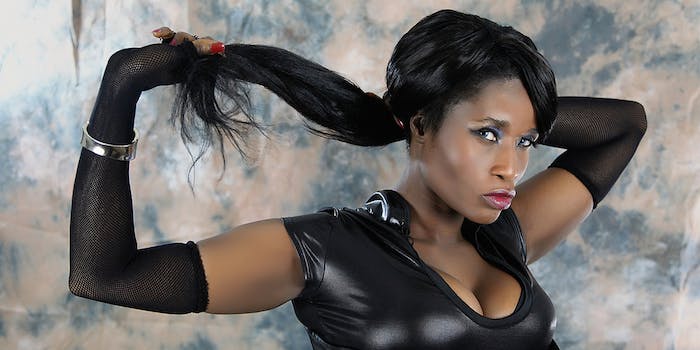 Turned on by ‘Fifty Shades of Grey’? Then stay far, far away from kink apps

Whiplr is a new dating app that is akin what would have happened had Fetlife thought of Tinder first. Whiplr claims to take their inspiration from the kink community, but a look at their website copy reveals that they harbor no illusions about who this app was built for:

Connect with people who share your fetishes and kinks (such as for fashion, accessories, sounds, etc.) discreetly and anonymously with Whiplr. Chat, send photos or video-chat securely – all in one user-friendly app. Download today and embark on your personal Fifty Shades of Grey journey!

While Whiplr has several similarities to Tinder—it’s location based and users swipe through potential matches—the app is different in one key way: Users aren’t required to connect to a Facebook account, allowing for much more anonymity. Profile creation does allow for a lot of detail though, with sexuality options offered on a sliding scale (I’m “85 percent into Men”) and a dizzying list of kink options (10 categories in all), as well as standard information like age, height and, of course, a photo. Once a profile is completed, users are matched with members with similar interests who are in their area.

Finally, Kink Me does something a bit different, it tells users whether or not their kinks are compatible with that of the person next to them; this saves them the time of getting out the paddle and realizing there are two people who want to be spanked and no one who wants to spank them. The app catalogs user preferences starting with the heading “Kinks,” which includes things like “General Fetishes” and “Toys.” From there, users identify how into each of these activities they are, as well as stating a preference of being a dominant, submissive, or switch. Once all that information is stored, users can bump their phone against the phone of someone else who has the app, it will tell them whether they are a good match for each other’s desires.

While the smartphone world has covered quite a few bases, there are still some pretty big holes here left to fill, and if unaddressed, they could prove problematic.

Virtual communities don’t tend to police themselves nearly as well as real ones do. In 2012, online community Fetlife drew fire for censoring the posts of abuse victims who named their abusers. Three years later, that controversy still has not died down; what is often referred to as “kinky Facebook” is also known as a place where users don’t feel like consent is valued—and that’s a virtual community where, unlike in an app, groups of people actually talk to each other.

App-based socializing takes the problem to a whole new level. The potential abuses are still there, the potential for them to go ignored is still there but now there’s no community to rally together. Someone who uses an app because they are too embarrassed to have people out in the real world know that they are kinky may also be too embarrassed to speak out when something goes wrong. While apps give users tremendous freedom, they can also create tremendous isolation.

As the world becomes more sexually open and technologically savvy, there’s no question that products like Whiplr, Fetmobile, and Kink Me are going to become more common. However, the question becomes how to balance that with accessible sex education for adults and an understanding that no app can replace experience and wisdom. While technology has the potential to bring a lot more people to the kink table, a lot must be done if those people are to find their seats safely.

Photo via SabineMondestin/Flickr (CC BY 2.0)