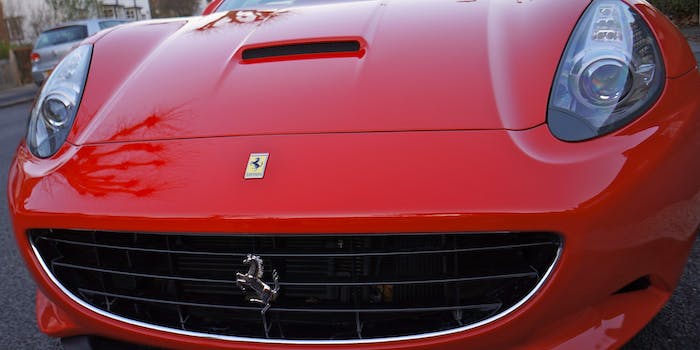 It also could have gone much worse.

Maranello, Italy, may be headquarters for the Ferrari brand—as well as the Scuderia Ferrari Formula One racing team—but that doesn’t mean they want for terrible drivers.

As evidence that most people don’t need 483 horses under the hood, we humbly offer footage of a young man recklessly test driving, and eventually crashing, a brand-new Ferrari California worth something like $200,000. Thankfully, only the status symbol is hurt.

Fast-forward to the three-minute mark, otherwise you’re liable to get impatient:

YouTube commenters have offered varying translations for the salesman’s remarks after the accident, though all fall along the lines of: “God, I told you to go slower, pussy.” Which suggests Ferrari is well aware that they’re a company built on masculine insecurity.