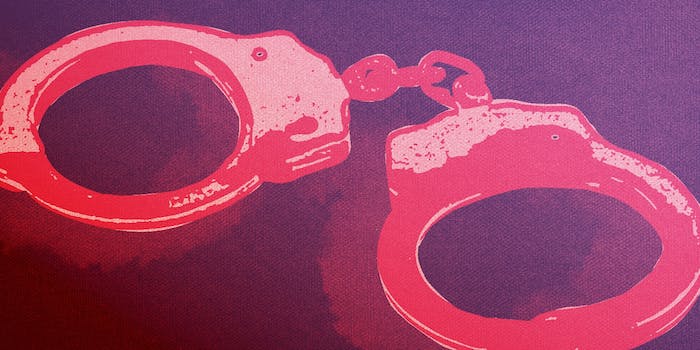 'The Ferguson Effect' is a myth.

As homicide rates soar in major cities across the country, one mayor has chosen an odd scapegoat for his own city’s failings to stem the tide of violence. Chicago’s Rahm Emanuel blamed “the chilling effects of high-profile protests against police brutality and officers’ fear of cell phone videos of their actions going viral” for the city’s record murder rate this year. Homicides in Chicago have risen 21 percent in the past year, and the story is similar in other cities like Milwaukee and Baltimore. Emanuel believes police have been limited by the surge of news stories and viral videos showing police misconduct in the last year.

“They have pulled back from the ability to interdict,” Emanuel said. “They don’t want to be a news story themselves, they don’t want their career ended early, and it’s having an impact.”

Emanuel is not the first person to make this argument, one that is akin to blaming the victim. The videos showing men like Eric Garner and Walter Scott gunned down or killed by police show deep misjudgment on the part of officers, and such misconduct should rightfully earn those departments criticism—both for the way they train officers to deal with minority populations and the lack of oversight in holding officers and precincts responsible. These videos are not propaganda meant to discredit police. They are honest accounts of public officials breaking the law.

Homicides in Chicago have risen 21 percent in the past year, and the story is similar in other cities like Milwaukee and Baltimore.

Others have taken Emanuel’s approach in finding someone or something to blame for increased crime rates. This includes conservatives hoping to pin the violence on #BlackLivesMatter, the civil rights movement fighting for increased policing standards. Notable conservative media outlet Breitbart argued that the increased murder rate is “a direct result of radical anti-police activist groups like Black Lives Matter using social media and community organizing to urge inner-city black Americans toward confrontations with the police as they are trying to do their work keeping the public safe.”

The Washington Post calls it “The Ferguson Effect,” in which any police activity in black neighborhoods is filmed and recorded. “People use their cell phones like all-seeing periscopes every time police officers get out of their cars,” the Post reports. “Officers and the unions that represent them describe a combination of surveillance and skepticism, with body cameras, ACLU recording apps, and jeering wherever they go.” National Review staff writer David French makes a similar argument, writing in September that “radical activists… seem to take lower crime rates entirely for granted and focus exclusively on police abuse, somehow believing that crime will remain in check even as aggressive policing recedes.”

However, there is no evidence of the de-escalation of police brutality in response to the past year’s controversies. In fact, the Washington Post’s independent project to count every death at the hands of a police officer has found a steady increase in violent confrontations between police and civilians. If police were pulling back in the way critics fear, one would expect to see less violent altercations. But during this year’s summer of violence, police took the lives of 263 people, according to the Post’s tally.

It’s also arguable that “The Ferguson Effect” has affected Americans’ trust in police officers. Although polling from last June showed that trust in law enforcement had dropped to a 22-year-low, police departments remain among America’s most trusted moral authorities. A recent Gallup poll asked respondents for their general confidence in American institutions, with the military (72 percent) and small businesses (67 percent) coming out on top. Police departments fell in the middle (52 percent), but that still makes them more trusted than churches and public schools.

The Washington Post’s independent project to count every death at the hands of a police officer has found a steady increase in violent confrontations between police and civilians.

Even if increased murder rates were being caused by a lack of trust in local police departments—which they’re not—Emanuel and others would still be wrong to blame those who record police to capture abuses of power. Trust in government is created through increased transparency and reforms in response to wrongdoing exposed by public oversight. Attempts to repress the forced openness of police departments not only blames the citizens oppressed by police misconduct—it prevents the kind of reforms in policing that could genuinely inspire trust in law enforcement.

Chicagoans know this all too well, as the Chicago Police Department is one of the most ruthless policing outfits in the country. Last February, the Guardian revealed that the CPD had been operating a “black site” in a warehouse in the Homan Square neighborhood on the west side of the city. Police allegedly held detainees off the books for lengthy periods of illegal imprisonment, denying them the right to an attorney and subjecting them to shackling and beatings. Most of the detainees came from the largely black neighborhoods surrounding the warehouse, and as many as 7,000 people are alleged to have been “disappeared” within the site.

However, little response has been offered by Mayor Emanuel’s administration, other than issuing a statement promising that CPD “abides by all laws, rules and guidelines pertaining to any interviews of suspects or witnesses, at Homan Square or any other CPD facility.” The continued existence of Homan Square makes Rahm Emanuel blaming social media and smartphones almost comical. How could any city build trust within its communities while operating what amounts to a CIA black site?

Distrust of police in Chicago—and across the nation—predates the past year’s headlines or the advent of YouTube. All technology has done is bring abuses into the public eye, just as TV news did for civil rights protesters in the 1950s and 1960s. The media is a tool that can offer insight into the police activities that actually do inspire mistrust, but only when cities respond by actually trying to fix the problem. Emanuel is wrong to blame the people for not trusting the police; he should blame the police for being untrustworthy.

Correction 8:42am, July 5, 2016: This article has been corrected to reflect accurate use of the term “black sites” and the correct statistic for Gallup respondents’ faith in police departments.