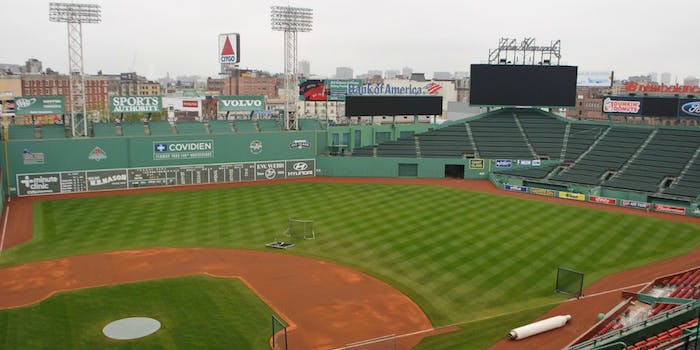 Fenway Park, as befitting a 103-year-old structure, still has plenty of ghosts.

If you don’t have plans and you’re looking for someone to hang out with Sept. 2, you could do worse than taking in the Yankees-Red Sox game with tens of thousands of others. And if you get lucky, you could then host your own sleepover at Fenway Park.

Airbnb is holding a contest in which one fan and one guest will spend the evening at the 103-year-old ballpark where they’ll hang out and play catch with World Series hero Curt Schilling, meet legendary pitcher Luis Tiant, stand on the field during the national anthem, watch the first inning of the game from inside the Green Monster, participate in a $500 shopping spree at the official team store, sleep on a king-sized bed inside one of the stadium suites, take batting practice, and eat breakfast on top of the Monster.

In order to win, a fan must submit an essay by Aug. 20 explaining why sleeping over at Fenway would be a dream come true, and here’s how it’ll be graded: 50 percent is for originality and creativity, 30 percent is for the spirit of the submission and how it relates to the Red Sox, and 20 percent is for the quality of the writing.

All this sounds great, right?

Beware, though. The sleepover is fraught with potential danger (and that doesn’t include the security guards who will try to prevent you from sneaking out with your buddies so you can TP somebody else’s house). Here are a few elements to avoid.

Even though the Curse of the Bambino—which began when the Red Sox sold Ruth, then a burgeoning star who helped win the 1918 World Series, to the Yankees the next year and lasted until Boston finally won a World Series ring in 2004—is over, don’t be surprised if you bump into him. And watch out, because if Ruth’s ghost is either eating a hot dog or screwing a female ghost (he did plenty of both during his lifetime) he won’t want to be bothered.

Yes, Schilling and his World Series heroics will always have a special place in the heart of Red Sox fans but we should also remember that Schilling took $75 million from the state of Rhode Island for his gaming company and then later had to declare bankruptcy, draining $50 million from his own checking account and wasting most of Rhode Island’s investment. FYI, Schilling isn’t spending the night at Fenway, so you probably don’t have to worry about him asking to borrow a couple bucks.

For some reason, somebody believed it necessary for Yawkey to be inducted into the Baseball Hall of Fame in 1980, even though the team only won three pennants and zero World Series during his 44-year reign as team owner. But that’s not the real problem with Yawkey. No, the real issue with Yawkey is that, by most accounts, he was incredibly racist (he was the last owner to integrate his team, a full 12 years after Jackie Robinson broke the color barrier).

This photo was shot at Fenway sometime in the 1960s… 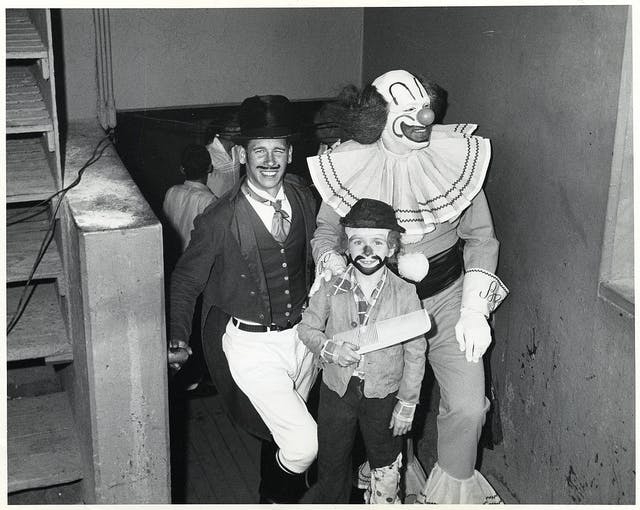 … but the creepiness factor continues into present times. Creepy Bozo will make you double-lock the door to that bedroom suite and pray for morning to come soon. Because if 1960s Bozo has anything to say about it, your sleepover at Fenway would end even bloodier than Schilling’s playoffs sock.