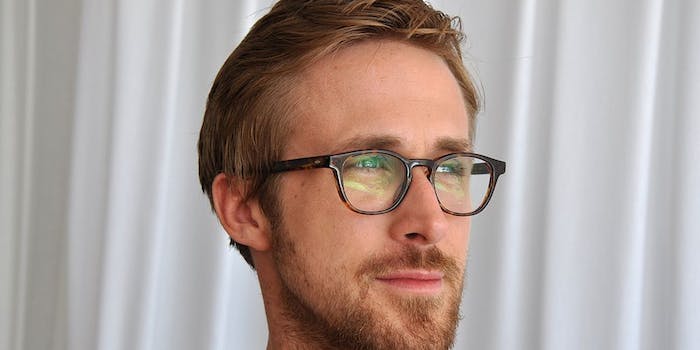 A call to arms on behalf of women everywhere! Get more women in tech so we get more celebrity d**k pics.

When the cache of celebrity nudes was unleashed on the Internet Sunday, reactions were polarizing. Many were quick to condemn high-profile stars like Jennifer Lawrence, Kate Upton, and Kirsten Dunst for taking the compromising and provocative photos in the first place, while others defended the women whose sex lives and intimate moments were exploited without their consent.

Rather than joining in the think-piece fray, comedy group CotillionGirlsComedy took a different approach to the hot-button issue. They saw the opportunity as a way to get more women interested in coding and tech. Why?

Well, Ryan Gosling’s dick pics have to be around the Web somewhere.

How did the video come together? “On Sunday night we were tweeting for Ryan Gosling’s nudes to be included in the list, then by Monday morning we were writing,” Katie Molinaro and Rosey Blair told the Daily Dot.

The video serves as a hilarious call to arms on behalf of women everywhere. The message is simple. The more women who code and program, the closer womankind will be to hacking into Ryan Gosling’s smartphone and stealing his dong shots.

The duo chose to tackle Celebgate with levity, making their point about the exploitation of women through comedy rather than criticism. “If there was an equal playing field, no one would care about nude photos.” Katie and Rosey said. “People listen to satire. If you’re going to be thinking about hard subjects, you might as well be smiling while you do it.”

Photo via Raffi Asdourian/WikimediaCommons (CC BY 2.0)