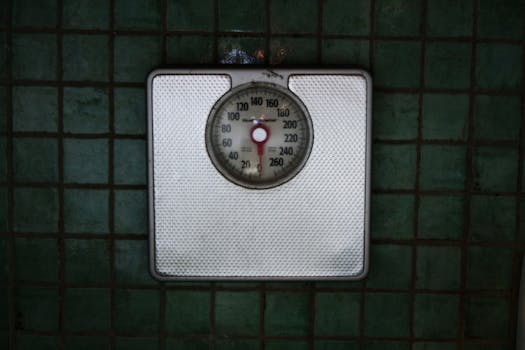 My body is not a failure.

Facebook removed the “fat” emoticon from their feelings options this week, following a Change.org petition with over 16,000 signatures. Playwright Catherine Weingarten and body positivity group Endangered Bodies led this “Fat is not a feeling” campaign, all to banish a yellow smiley with chubby cheeks and a double chin. The disappearance of a handful of pixels might seem insignificant, but this discussion touches on a larger issue in social media and our daily lives.

What does it mean to “feel fat?”

This casual body shaming isn’t Facebook-exclusive. I see it on Instagram posts of wrinkled McDonald’s bags or tweets of piles of Oreos. “Being a total fatty,” read the captions. “#fatkid.”

What’s the thought process behind these statements? It’s important to note they come almost exclusively from my skinnier social media cohorts. It always seems like cheap roleplay to me. “Look at me eat like a fat person!” they say. “Feeding the inner fat girl.” Then their “fat day” ends and they revert to their regular existence.

People can’t “feel fat.” They are fat, or they’re not. On the flipside, I never see people “feeling skinny.” A fat person never claims thinness after a day of healthy eating. Have you ever seen an artfully arranged kale salad captioned “having a total skinny day?”

To have a “fat day” is to fail for 24 hours. To relinquish control and give in to gluttony. What if you’re fat every day? Your life becomes a continual failing.

I’ve been fat since elementary school, and I’ve always been made to feel bad about it. When these statuses pop up on my feeds, my thought process looks like this: “When people see this huge slab of chocolate cake, this pile of potato chips, this fast food wrapper, they think of fat people. Then they look at me, do they think of these foods?” It’s the problem of the archetypal fat person: the greasy food, the dirty sweat pants, and the lazy lounging on the couch. I do not want to be this person. But why not? What’s wrong with sweatpants or potato chips? What’s wrong with weighing 200 pounds or 400? We’ve cast fat people as comedic relief, greedy villains, or sad-sack failures. But none of these things have ever been true. Fatness does not define who you are as a person, any more than eating a cookie defines the success of your day.

It’s okay to eat unhealthy food! You don’t have to qualify it with a winking Facebook status! A cookie is just a cookie. Gaining weight doesn’t make you a worse person; losing it doesn’t make you a better one. Our bodies will shift continually throughout our lives. This is not a sign of our inherent worth.

The world doesn’t let you forget when you are fat. I find myself constantly aware of the space I occupy on crowded trains or elevators or dreaded airplane seats. I try to shrink myself sometimes, pressing my knees together and hunching my shoulders.

I’ve been fat since elementary school, and I’ve always been made to feel bad about it.

I’m reminded by fat jokes that sneak into my favorite TV shows. By doctors who suggest weight loss when I come in with flu symptoms. By the extra $80 I paid for a plus-sized bridesmaid dress, and the way stores’ plus-size sections always seem shoved in the dimmest back corner.

I’m reminded every time I see a “feeling fat” post on the internet.

I imagine a particular figurehead for this “feeling fat” phenomenon: Hollywood darling Jennifer Lawrence. The notoriously down-to-earth star always refers to herself as a fat actress. It’s become one of her personality quirks. She quips about French fries on the red carpet. One Halloween, she dressed like a “fat witch” and clutched a bucket of fried chicken all night.

(Do I even need to touch on the toxicity of Jennifer Lawrence thinking that fat people stumble through life clutching greasy food to their chests?)

Lawrence pulls off these jokes because she’s conventionally beautiful—blonde, symmetrical and (despite her jokes) thin. She’s come to stand for a mythical ideal: the brash, cool, skinny girl who eats like a fat girl. You’re allowed a fat day—or even a fat lifestyle—as long as you never get fat.

Actual fat actresses rarely make these comments. Melissa McCarthy does the opposite, telling interviewers about her healthy eating habits. That’s the rub: if you’re skinny, “feeling fat” is cute or quirky. If you’re fat, you must constantly prove your health. You have to want to become thin.

Our bodies will shift continually throughout our lives. This is not a sign of our inherent worth.

Over at Medium, Naomi Alderman recently wrote an excellent article about developing a fitness app as a fat person called “There’s No Morality in Exercise.” There’s no morality in bodies, either. Your BMI has nothing to do with your successes and failures as a human being. I attempt to remember that all my bad feelings about my body were taught. I try not to discount the important things it does every day: breathing air, eating food, and walking the mile from my apartment to the river, where I can lean over the bridge at dusk and see the lights of downtown Chicago winking in the distance.

My fat body is not a failure.

A few months ago, I visited the Art Institute of Chicago and saw Jesús Rafael Soto’s installment piece Pénétrable de Chicago. Thousands of transparent filaments hung from the ceiling, inviting visitors to come inside. I stepped in and felt like I was underwater. The strings brushed every part of me, and I became fully aware of my physical existence. It’s good to feel your body moving through the world. There was no shame in that moment, no apology for the space I took up. Only the pleasure at my ability to shift the strings, to feel them whisper against my skin.

I did not feel fat in that moment. I just felt joy.

Photo via Mason Masteka/Flickr (CC BY 2.0)