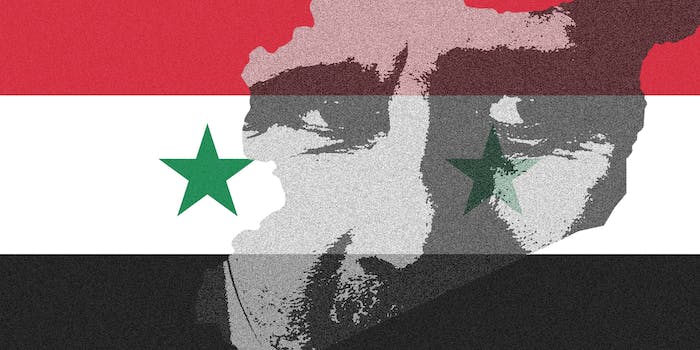 The SEA is officially a Pretty Big Deal.

As the United States escalates its likelihood of attacking Syria, the FBI has a message for the network managers of the world.

The SEA is that loose confederation of hackers staunchly loyal to Syrian president Bashar al-Assad, whose regime the U.S. has accused of using chemical weapons against civilians. For months, the SEA has been harassing news agencies (including the Daily Dot), usually by phishing an employee, then hijacking an official Twitter account to spout their message.

Lately, they’ve stepped up their game, and the FBI has taken notice. In an unclassified August 30 memo obtained by journalist Matthew Keys, it warns that SEA “has been compromising high-profile media outlets in an effort to spread pro-regime propaganda.” It also notes that the SEA has recently escalated its efforts, in a clear nod to its respective attacks on the New York Times and Outbrain.

Nothing in the FBI’s memo is new to someone who’s been following the SEA’s exploits. But it does request anyone who suspects they’re under attack to call its CyWatch division at 855-292-3937.

Like any hacker, the SEA is apparently pretty proud to have the attention of a major law enforcement group. After Keys tweeted out the link to the memo, the SEA retweeted it from its official Twitter account, @Official_SEA16.