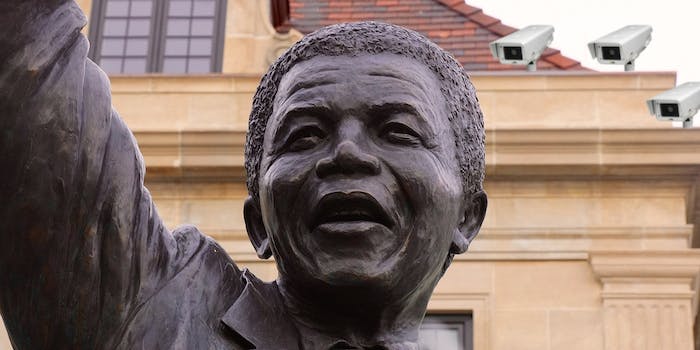 The FBI spied on Nelson Mandela for years

The previously classified papers show that federal agents monitored Mandela well after his release from prison in 1990.

Nelson Mandela and the African National Congress (ANC) were subject to extensive surveillance by the Federal Bureau of Investigation (FBI) following the South African leader’s release from prison, according to newly released documents.

The previously classified papers show that federal agents monitored Mandela, an internationally recognized hero of the anti-apartheid movement, well after he was released from Victor Verster Prison in 1990. The documents were obtained by Ryan Shapiro, a doctoral candidate at the Massachusetts Institute of Technology, through the Freedom of Information Act (FOIA).

It was Mandela’s ties to communism that apparently led the FBI to monitor the civil rights leader’s activities, even as he was being recognized worldwide as one of the century’s most transformative figures. Following Mandela’s death in December 2013, the South African Communist Party revealed that at the time of Mandela’s arrest in August 1962, he was a member of its central committee, a fact the organization had long denied.

The ANC itself was viewed by a number of American politicians as a terrorist organization. While its members did commit acts of violence, they were also subject to decades of state-sponsored violence, including church bombings ordered directly by former South African President P.W. Botha—an order that was given only two years before Mandela’s release.

It wasn’t until 1986, after Mandela had already spent more than two decades in prison, that U.S. Congress considered sanctions against South Africa in opposition to the nation’s racist apartheid laws. The action was opposed by a number of prominent conservative lawmakers, and then-President Ronald Reagan attempted to stop the anti-apartheid measures with a veto. He was eventually overridden by super-majority of legislators.

One of the released documents shows that the FBI sent an informant to New York to spy on a meeting that took place between Mandela and Puerto Rican pro-independence activists. Interactions between Mandela and various world leaders were also monitored, including a meeting with Janez Drnovsek, who was president of Yugoslavia at the time.

Shapiro, who compared the monitoring of Mandela to the FBI’s surveillance of Dr. Martin Luther King Jr., is currently suing the Central Intelligence Agency and the National Security Agency for their records related to Mandela and the ANC.

“Ultimately, what the documents reveal is the FBI’s unflagging conflation of social justice efforts with security threats, and the FBI’s cartoonish obsession with Communist Party subversion in the United States even as the Cold War itself crumbled into obsolescence,” Shapiro said in a statement.

Correction: Documents show that the FBI monitored Mandela for years, but not for decades, as a previous headline indicated. We regret the error.

Photo via Ted Eytan/Flickr (CC BY 2.0) | Remix by Jason Reed